Tragic crash: The Rock of Tandil 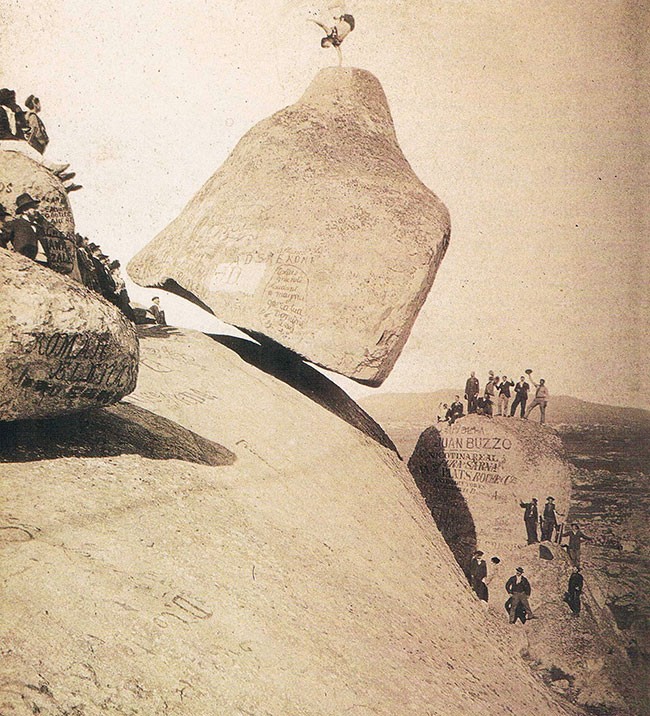 The Movediza Rock is a huge monolith with a weight of more than 300 tons, which was probably on the edge of a rocky outcrop for thousands if not millions of years and is said to have swayed slowly in strong gusts of wind. Its crash occurred just under 100 years ago. There is still no explanation for this … 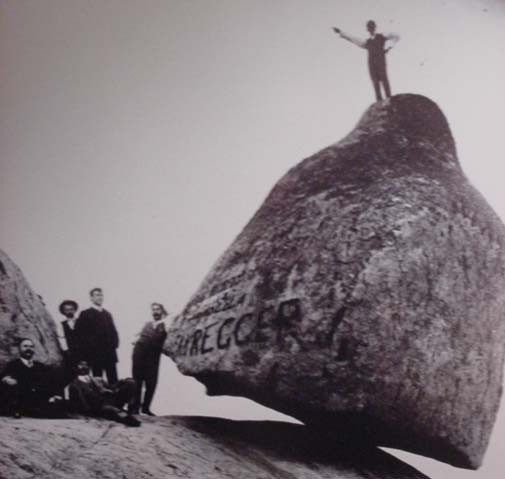 As one can easily see, there are countless signs on old postcard motifs that the balanced stone of Tandil (about 200 km from Buenos Aires) attracted a crowd of tourists. Its exceptional location remains undisputed to this day. Movediza refers to the name of the hill on which it once lay.

The upper motif alone shows how much the sensation-hungry had spoilt the place. Graffiti and probably worse was left here on the rock and in the surrounding area. Possibly this place was regarded as a place of power - the landmark visible from afar was in any case brought down in one way or another at the end.

Miraculously out of balance 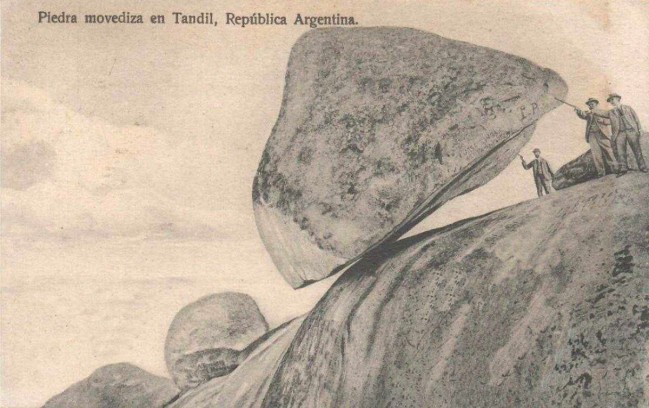 On February 19, 1912, everyone made long faces when the colossus rumbled down into the valley between 5 pm and 6 pm. Of course, there are different opinions on how this happened. But none of them wants to convince at first go.

Some suspect vandalism, which would have required at least technical support due to the necessary forces. No traces of explosives could be found on the spot and the black spots found proved to be simple mushrooms. A scientific analysis came to another interesting result: Originally it had always been thought that at the point of contact of both rocks there would be a deepening on the underside into which the convex curvature of the monolith above would fit exactly. After the slide, however, it was found that both surfaces were equally convex at that point. This information was not made public.

The granite rock apparently decayed into three parts during the descent. It originally measured 10 x 5 meters and was able to withstand blastings from the surrounding area (during mining operations) as well as more or less strong winds from all directions. 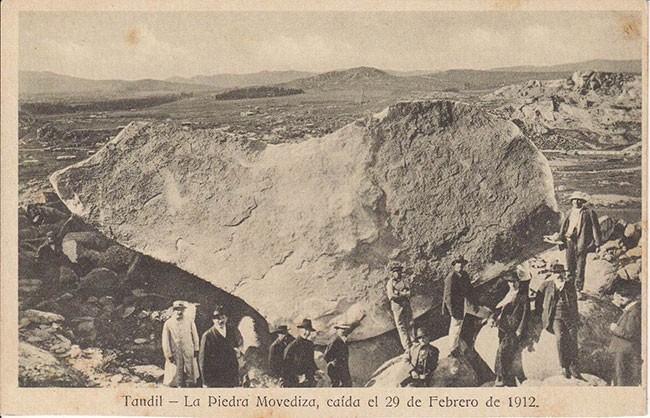 He has apparently not left this position since the crash until today. Old postcards held the remaining pieces shortly after the crash.

Continuation of the tragedy: Dummy rocks for tourist entertainment

After all, it took almost 100 years for the Argentinians to get their hands on the project again and put a new concept into practice. Since 17 May 2007, the result has been a literally hollow imitation of this famous rock. It was made of cement, appropriate reinforcement and some wires. In addition, the replica was laboriously attached to a slab and fenced off. The natural balance was not to be relied upon here. Under these conditions alone, the engineers started countless unsuccessful attempts until the replica was safely in place. 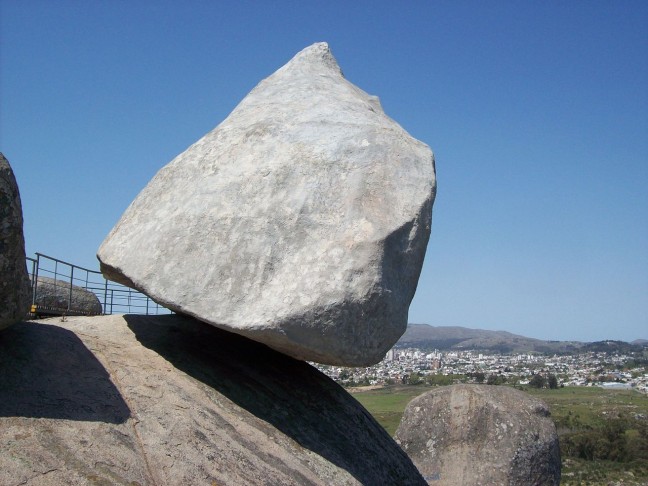 The crash as an allegory?

"Tandil" means something like "falling rock". Was this naming of the nearby place name also the prediction for the rock that originally stood for the balance of whatever? For the balance of nature, duality or divine harmony ... ? Is the fall of the rock to be equated with an age that was out of control or had been out of control for a long time and thus set an example? Even and especially after 100 years, this imitation, in my view, is the living proof that we are moving further and further away from balance. Further and further into Kali Yuga. These are, of course, only my personal thoughts. Share with me your own ...

The area around the hill Movediza has other interesting rock structures. Large granite blocks weighing tons look as if they have been positioned there with supernatural forces; neatly side by side at the edge of the hill. I can imagine that the geologists see it completely differently. 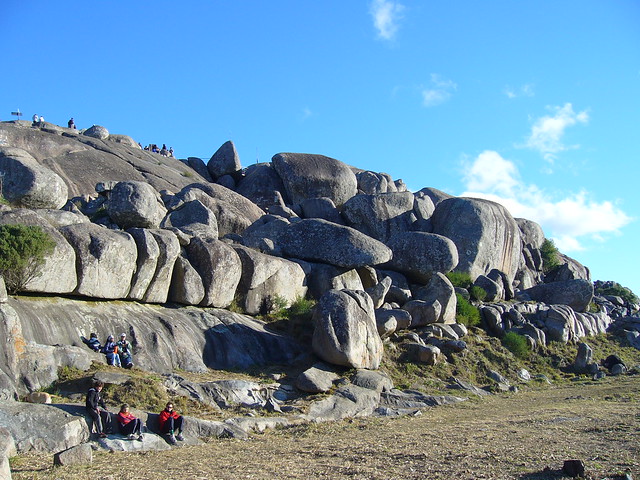 I don't know if this rock formation still exists today, but the number of anomalies in this environment seems to have been immense. Here: The Devil's Gate (Puerta del diablo) - also near Tandil 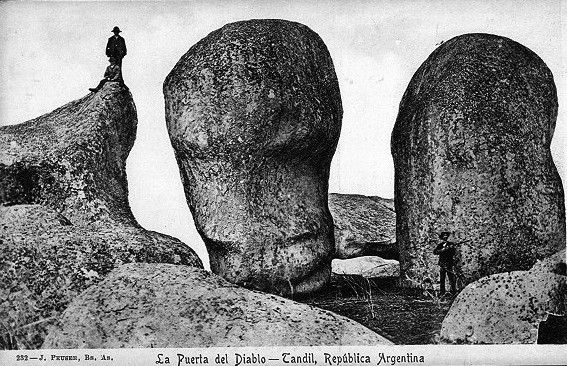