The Giants of the Chocolate Hills

The chocolate hills on the Philippine island of Bohol are almost perfectly hemispherical or conical in shape. There are said to be 1,268 of them in an area of 50 square kilometres. These hill shapes are absolutely unique in the world and are unlikely to be of natural origin ...

As expected, geologists naturally see things differently. However, they cannot even agree on a natural origin. Some of them attribute the formation to a simple erosion or weathering of limestone (which does not explain the formation of the hills as such), others to an undersea volcanism and the possibility of a geological elevation of the seabed. In the meantime, it is even assumed that these were once prehistoric coral reefs made of limestone, which over millions of years have taken on their present form due to wind and weather. The omnipresent erosion is once again the explanation for everything ... By the way, the year-round green of the hills is limited: When there is no rainfall - in the dry periods - the mainly grassy vegetation on the hills takes on a characteristic brown tone (in the sense of the name). 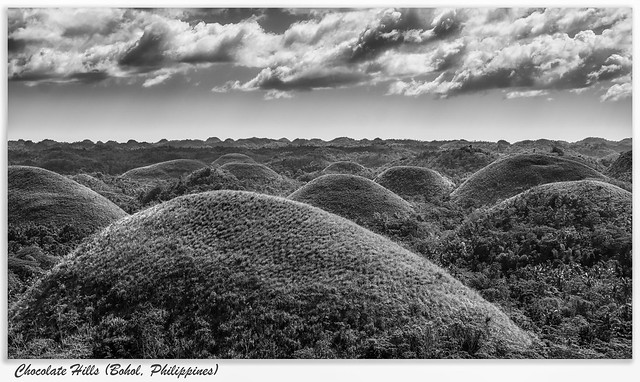 As always, no one assumes that this landscape could once have been artificially created. Lapidary reason: Nobody would have had the technical resources for that. The existence of highly developed cultures is from the beginning outside of any discussion. The fact that artificially created hills and mountains exist all over the world, which were built with comparable grotesque effort, is deliberately ignored

(>> s. Article "Who moves mountains for pyramids and ramparts? Mounds in North America ...").

According to my research, however, it is not allowed to climb the hills alone, whose heights vary between 30 and 120 meters. You can only see the whole thing from a platform from a distance. I don't know if one wants to prevent further investigations by amateur scientists or if one really only wants to protect the idyllic landscape. 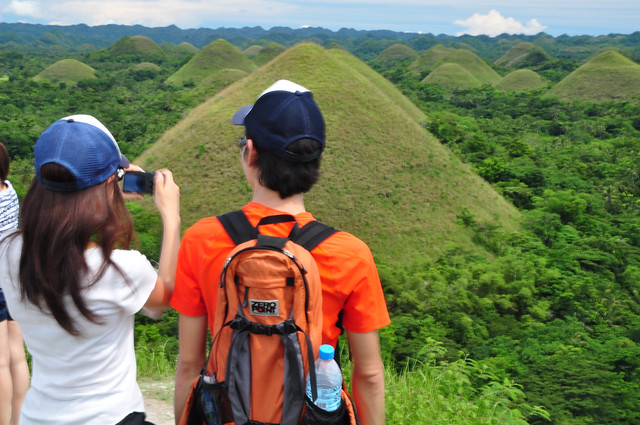 View from the observation tower for tourists; a further approach or even an ascent of the mystic hills seems not to be possible there. Photo: mendhak (Link zu Flickr)

In the book "Ancient Giants: History, Myth, and Scientific Evidence from around the World" by Xaviant Haze it is reported that there were skull findings of one-eyed giants in Bohol. The skull or skulls, which had only one eyeball cavity, astounded the tribal people. The strange skulls were allegedly found in limestone caves in the Bohol hinterland, Mount Palaupau in Sumilao, Bukidnon and some parts of Agusan. According to tribal folklore, giants once roamed the plains of central and northern Mindanao, of which the most popular giant, according to Bukidnon legend, was "Agyo", who fought against the first Spanish conquistadors. 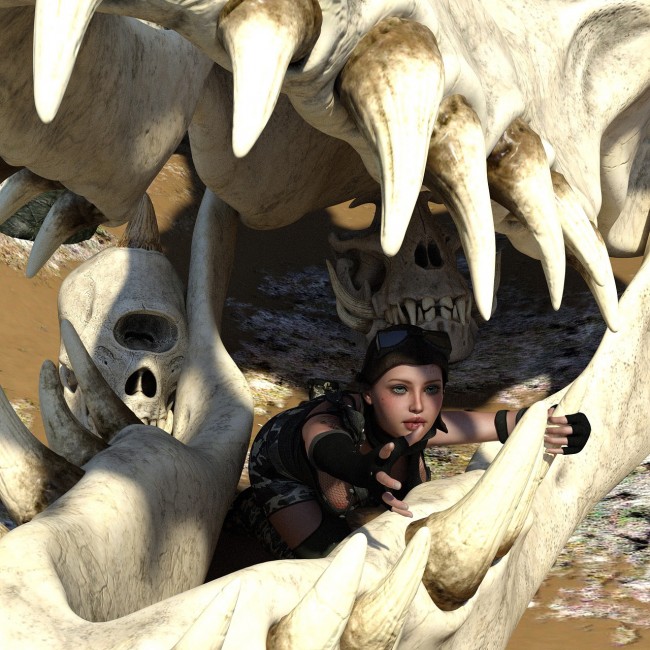 Unfortunately no picture of the officially found skull was published; Phantasy picture of  Mystic Art Design on Pixabay

According to reports, Bukidnon's tribesmen keep skeletal remains they believe to be Agyos remains in an unknown cave. Reports of the strange skulls had led archaeologists from the National Museum to start an excavation in Bohol, where they actually found at least one such skull. The archaeologist Rey Santiago lets interested people know that these were certainly chemical reactions with the lime. After all, human bones and lime have a common basis of composition. That's it ... ?!? 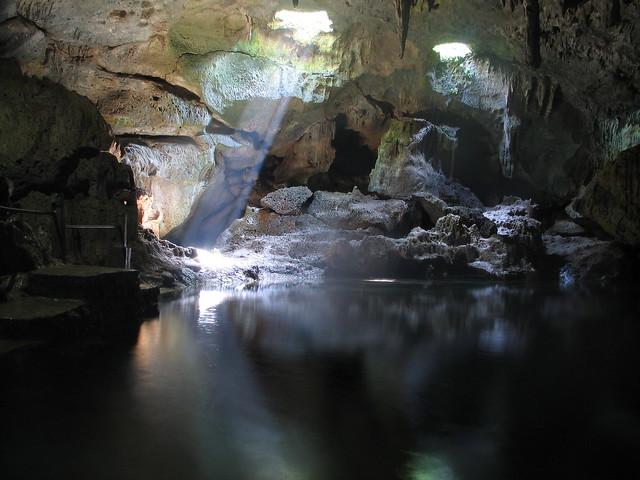 The Hinagdanan cave on the small attached island of Panglao, with stalactites and a small underground lake - tourists have limited access; not to be excluded if further remains of such giants would emerge with thorough research. Photo: David Quitoriano (link with click on the picture)

The natives continue to persist in believing that there were once two hostile giant tribes in the north and centre of the island: the Kapre, associated with evil, and the one-eyed giants, considered heroes by the early settlers.

There are also other mythologies of the islanders about the giants, which, however, do not immediately suggest any reasonable-sounding references to the artificial-looking hill landscapes. Even or especially not if you don't automatically resist a possible existence of the giants. I don't want to go into this in detail ... One has the impression that such stories only serve the purpose of nipping considerations in the bud from the outset.

One doesn't agree with such an approach anyway, because the possible existence of mythological giants sounds even more absurd than a scientific attempt at explanation pulled by the hair. The matter is thus off the table for the mainstream and visitors enjoy a unique landscape (from a safe distance) that does not exist anywhere else in this form.

Archaeology seems to exercise great restraint in this context. I have searched the Internet like crazy for activities related to digital techniques such as ground or georadar surveys. Whether there are graves in these hills, or whether there is much more behind them, does not seem to be of general interest ... or one even wants to prevent it with all one's might. A non-destructive technology would certainly be helpful, just like in the case of a recently discovered Viking ship in Norway that was also tracked down in a hill (>> Link). I speak in Bohol of over 1,200 unused possibilities ... a shame.