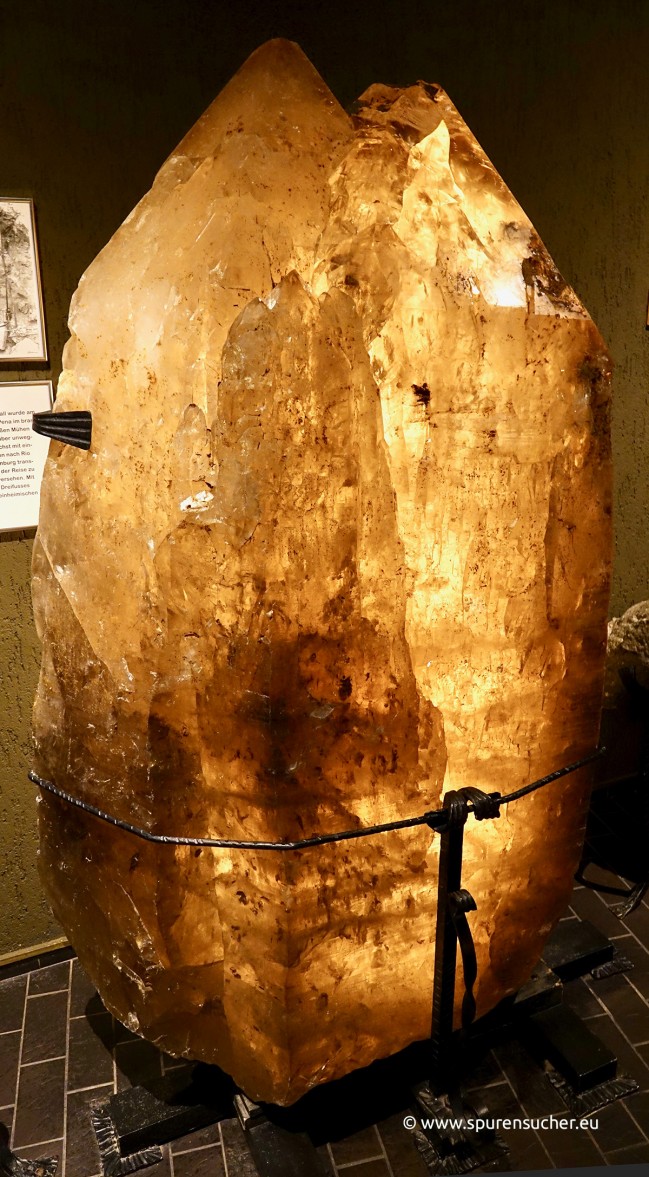 This one's over two meters high and weighing two tons. It was found on November 15, 1977 near Conselheiro Pena in the Brazilian state of Minas Gerais. The smoky-brown quartz crystal was uncovered during the summer months with great effort. The terrain was extremely impassable and primitive tools were used. 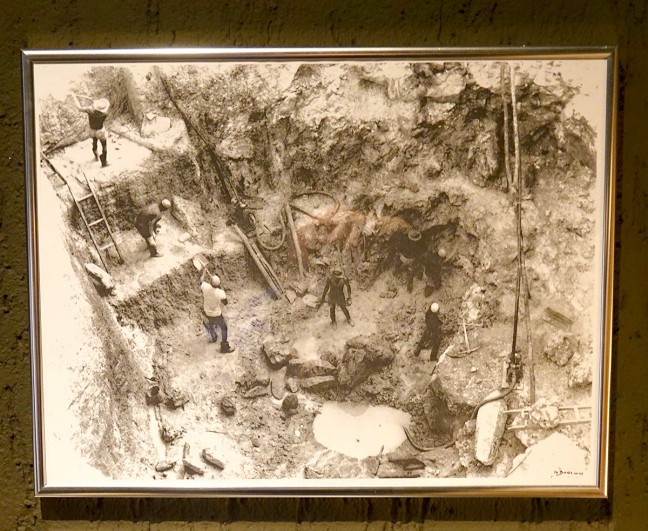 First with a tractor and later with a truck to Rio, from there by ship to Hamburg. In order to protect the stone from damage during the voyage, it was covered with wooden formwork. A blacksmith made an extra tripod for the installation. The largest quartz crystals with a circumference of 7.5 m and a weight of 40 t were found in Brazil, with 168 kg in the Grossglockner Group in Austria or in 1958 in Kazakhstan from the height of a two-storey house and an estimated weight of 70 t. The largest quartz crystals were found in the Grossglockner Group in Austria and in Kazakhstan.