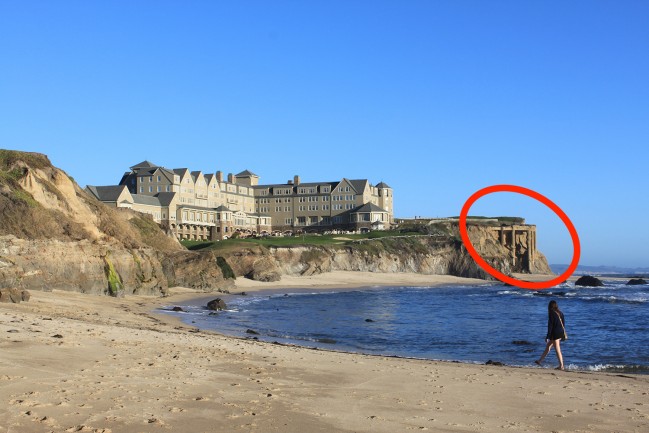 Remote view of the Ritz Carlton above the steep face; marked erosion site

Picture Source: "The Ritz Carlton" by nlapresca is licensed under CC BY-NC-ND 2.0

The Hotel Ritz Carlton at Half Moon Bay is idyllically situated: Located directly on the coast with an elevated view over the Pacific Ocean and in the immediate vicinity of San Francisco, the holiday resort invites you to take a break from the big city. Wide beaches, an even further back tradition as a base for rum smugglers in the era of prohibition and Spanish roots, which go back at least another 100 years, suggest an eventful past.

Close-up below the Ritz Carlton, erosion has uncovered a column construction that has caused a sensation. 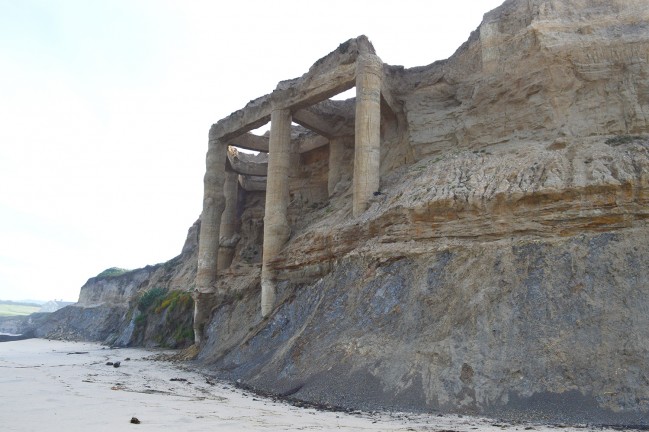 The Ritz Carlton lies a good distance behind a prominent cliff ledge, which was severely damaged on its underside in February 2017 after a storm. Erosion has undermined the upper part of the cliff and some of the earth has been eroded away never to be seen again. Since then, instead of the cliff, one can see some solid exposed columns that remind one of ruins. According to the official statement, these are former supporting pillars that were built in 1972 in order to secure the rock plateau above. As the Ritz Carlton, which lies quite a bit behind it, has enough distance to the sea, no matter if with or without a rock ledge, I asked myself ad hoc: What are we dealing with?

The golf course of the estate above the steep face; Public Domain; Source Pixabay DanMSchell 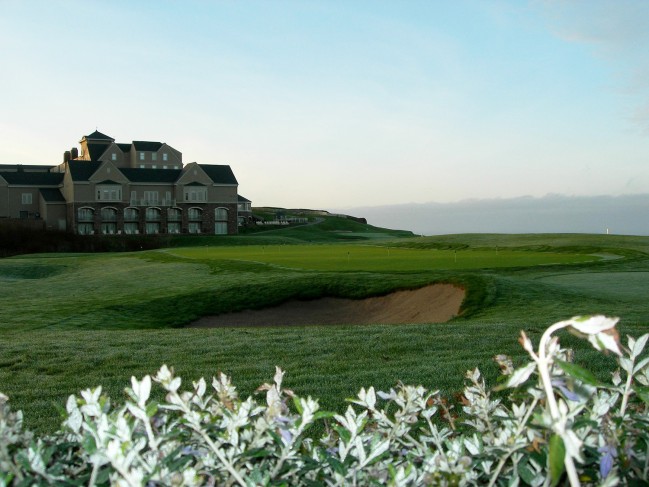 After the natural uncovering, people hurried to explain that the cliff erosion had exposed original supports that were intended for the construction of the Ritz Carlton at the top of the promontory, much further forward towards the sea. It was only later, however, that it was decided to move the hotel further back.

Is such a thing conceivable? Thus, in the seventies of the last century, a skeleton of a column was put into a cliff and/or steep slope, dug or maybe poured in order to protect a planned overlying hotel wing from falling down? 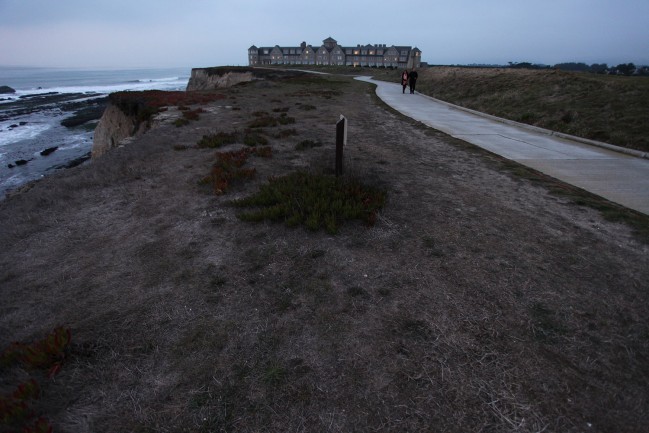 Above the plateau of the Ritz Carlton at sunset; Picture Source: "Ritz at Sunset" by Robert Scoble is licensed under CC BY 2.0

Another mystery also arises here: the fallen piles and reinforcements are supposed to stand for work that was intended for a hotel that was opened much later, in 2001? And which was also set back much further in space afterwards?

I must admit that I have no idea of the local conditions in order to form my own final picture. I only know some pictures, but I am very surprised about this constructional procedure in connection with a newer hotel. Of course, one could convince oneself on the spot if we are dealing with real concrete pillars. In any case, it does not look like that to me.

Someone in a forum said: "I've been around the coastal communities and I know the piers, and they don't look like typical piers when they actually are. It looks to me like the current structure was built on top of an old structure that's now being revealed."

Another writes: "They look to me like reinforced concrete, which has been blasted out in some places. My immediate assumption was that whoever built/invested on such a site would have taken the reclamation of the sea seriously. I have seen enough examples to know that one does not build next to an open sea cliff without investing in the stability of this cliff. Even with such an investment against nature, it is a borrowed time." 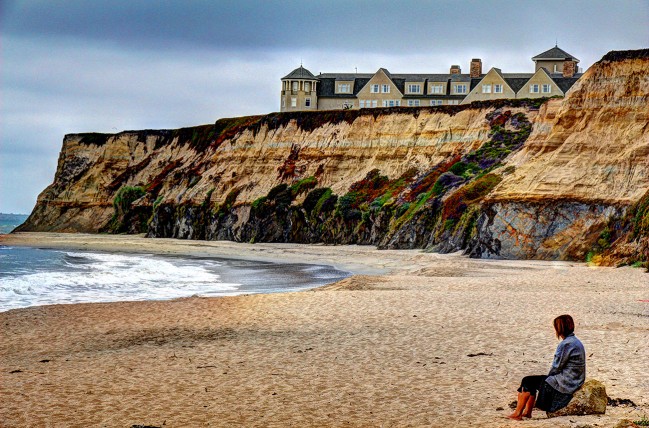 Halfmoon Bay from the other side of the Ritz Carlton; Wikimedia Commons; Picture Source

OK, it doesn't have to be a relic from antiquity, but maybe a little bit older than a stabilization skeleton from 1972 for a hotel complex. All this to secure a golf course or the grounds of a hotel at best? Besides, you would have created something more solid. Perhaps it would have been an ancient pier? Strangely enough, only a small stretch of coast of about 25 metres is flanked by columns. Why then was such an undertaking not consistently carried out on both sides of the promontory? I recommend here the more detailed view on Google Earth.

Someone else from a forum speaks from my heart: "I keep looking at the videos and pictures about it and find it a very strange way to hold back the erosion. Are there any other areas that show this method of rock reinforcement? ... Even when I think of how they built the "erosion column", it seems to me very inefficient. The gigantic heaps of clumsy rock to the left of the pillars, yes, that seems to be erosion-proof, but not the pillars. Maybe it's just me, but the lack of building photos, the golf course that seems to be spreading in and out in the neighbourhood and basically covers the whole place. Something seems suspicious to me. I suppose it is possible that in the 1970s the engineers drilled very deep, wide holes at the edge of the cliff to fill the main piers with concrete and reinforcing steel, and then dug horizontal trenches between the piers and laid and secured the horizontal supports to the piers. There is a picture that shows one of the main pillars turned upside down, exposing the inside of the pillar. This seems to contain no reinforcement. And if no reinforcement was used, I don't understand how it could have been built to withstand the erosion..."

Here a closer look at the structure over a current drone flight after the demolition of several of these columns. This somewhat more detailed survey leads to further questions.

Perhaps it is pointless to speculate further at this point. Was there possibly no building permit for such soil reinforcements in the 70s? Why should one have expected such a single construction to provide such protection against erosion? However, there is also no public discourse on this issue on the part of the mainstream. If you keep digging, you will find the place Pillar Point Harbour ... translated: Pillar Point Harbour in the immediate vicinity. Interesting coincidence. What do you think about it? I will follow news on this topic and add to this article.

There is speculation that in the meantime these pillars have been removed. At times - if not still - the beach section is said to have been closed. As soon as I get more information, I will report.