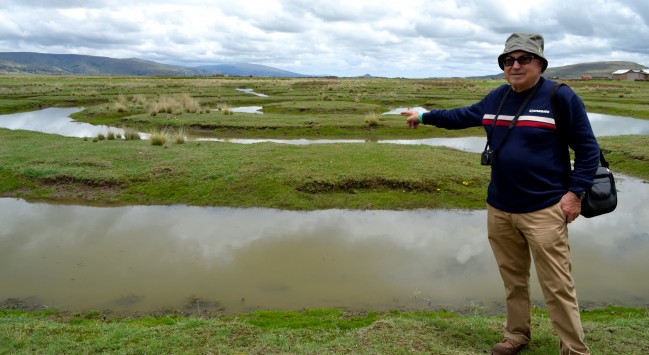 Already at the beginning of 2019, Pablo Novoa Alvarez and his research partner and friend Alexander Quispe de Puno, accompanied by Dra Beatriz la Mata from Spain and the Peruvian Andrea Cavero, undertook an expedition to the pampas of Puno near Acora - in the middle of the Thunco Valley - only a few km away from Lake Titicaca. But far away from the famous Nazca lines.. 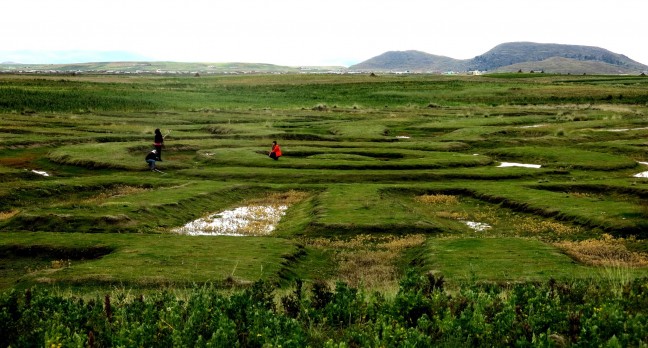 These structures have a diameter of up to almost 300 meters, which can be easily traced on Google Maps. Photo: © Pablo Novoa Alvarez 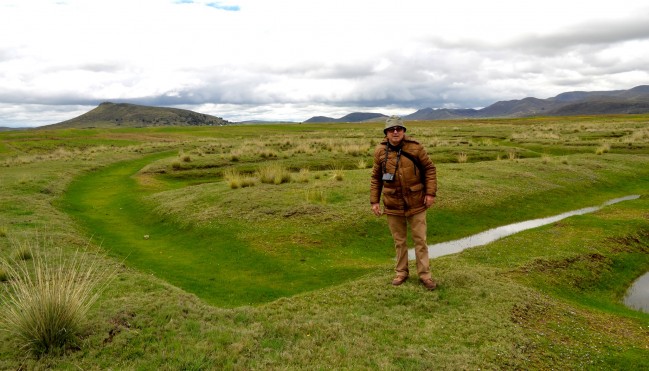 Apparently, official archaeology had already dealt with this topic on site and came to the possibly premature conclusion that these were pure irrigation ditches (with heating function). The team of amateur researchers revoked the official theory, as the furrows in the structures were in most cases no deeper than 30 cm. This is indeed a valid argument against irrigation ditches. The team around Pablo Novoa Alvarez, however, sees rather mathematical (possibly geometric) references in the figures, which would suggest astronomical connections. It is even possible that they were cult sites. Pablo Novoa Alvarez assumes that an unknown civilization left its traces here. 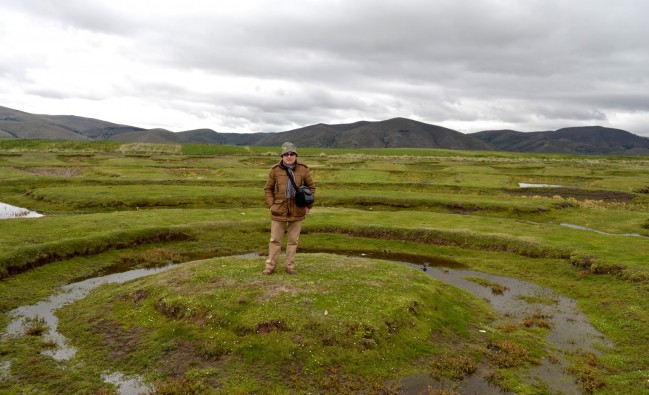 The scientific theory that these are "warming" irrigation ditches for plant growth sounds a bit far-fetched: Photo: © Pablo Novoa Alvarez

The official science, however, is based on a work of the "Camellones", a pre-Inca culture. It is believed that these ditches were used to protect the vegetation from freezing at night and to protect the grain and the crops planted there. The water is said to have heated up during the day and thus prevented the freezing of sensitive plants at night when temperatures dropped sharply. I also find this theory to be quite speculative. 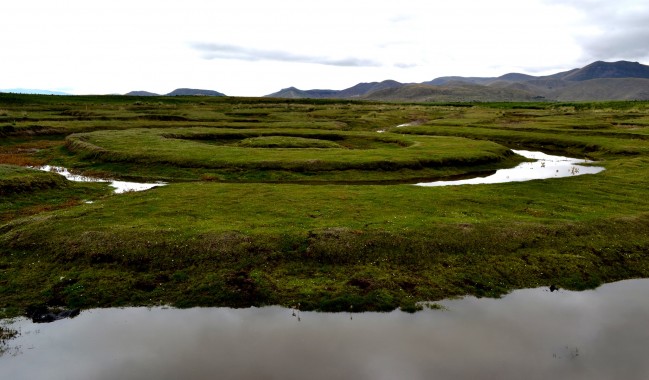 Impressive structures in the lowlands near Lake Titicaca. Science does not make a big deal out of them. Photo: © Pablo Novoa Alvarez

These structures can also be easily found on Google Maps. See for yourself: