I have just found archive photos of Cahokia, some of which were taken at the beginning of the 20th century - but also some sketches/paintings that are even older. The area of the mysterious earth wall structures is located near St. Louis. Today it is difficult to grasp the size and complexity of this giant centre, which consists/consists of about 190 earth wall structures in platform, ridge-top or circle shapes, which are oriented on a city-like grid, five degrees east of north. 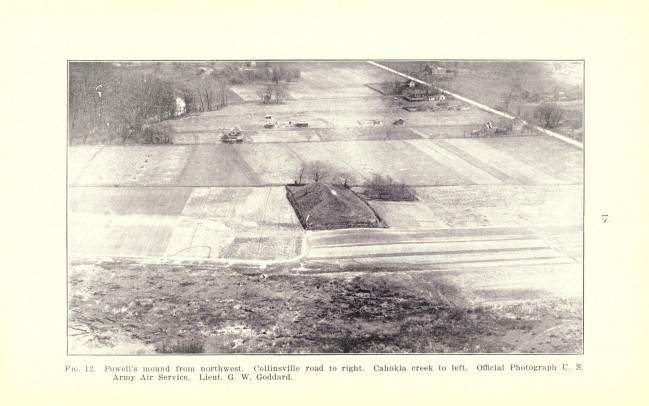 According to Tim Pauketat, Professor of Anthropology at the University of Illinois, this orientation is tied to the sunrise on the summer solstice and the southern maximum moonrise, so Cahokia is oriented to the motion of both the sun and the moon. 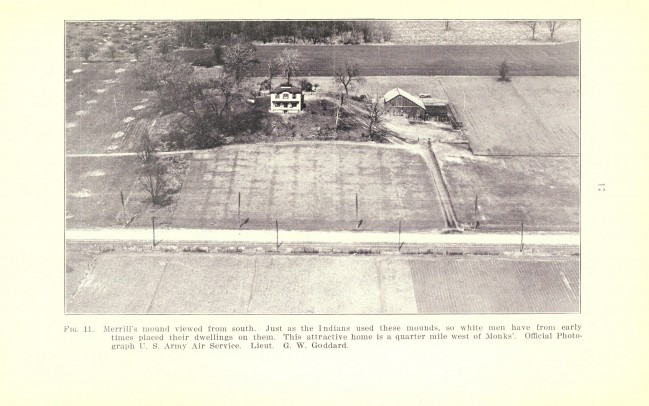 Aerial view of Merrill's Mound, here the caption explicitly praises the "beautiful" property on the top of the mound. Neither the land theft nor the desecration of traditional religious places of worship by the occupation has ever caused a bad conscience among the settlers. Picture in the public domain. 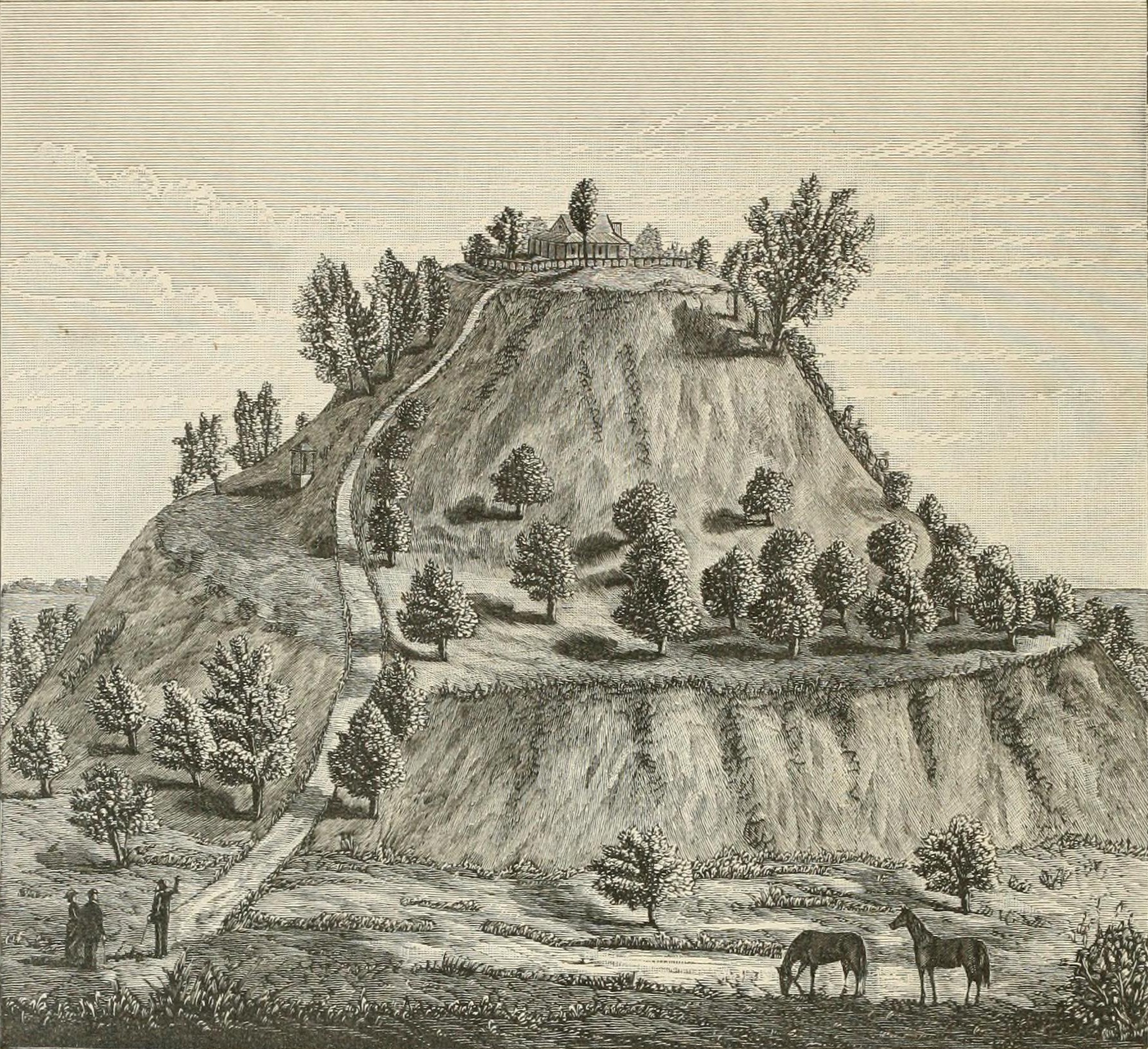 This is an aerial view of Monks Mound from the east, heavily overgrown - in the foreground another flattened part. In the upper left of the picture the settlers have long since spread out. Picture in the public domain. 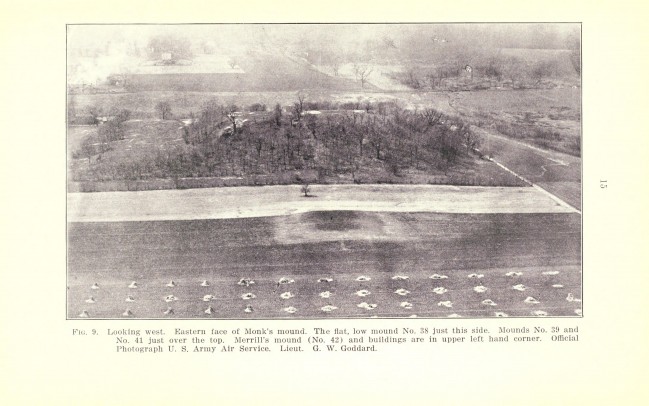 Another view of the Monks Mound, here you can see how unrestrained the tracks and roadway already ran along the Mound. Below Mound no. 41, both pictures in the public domain. 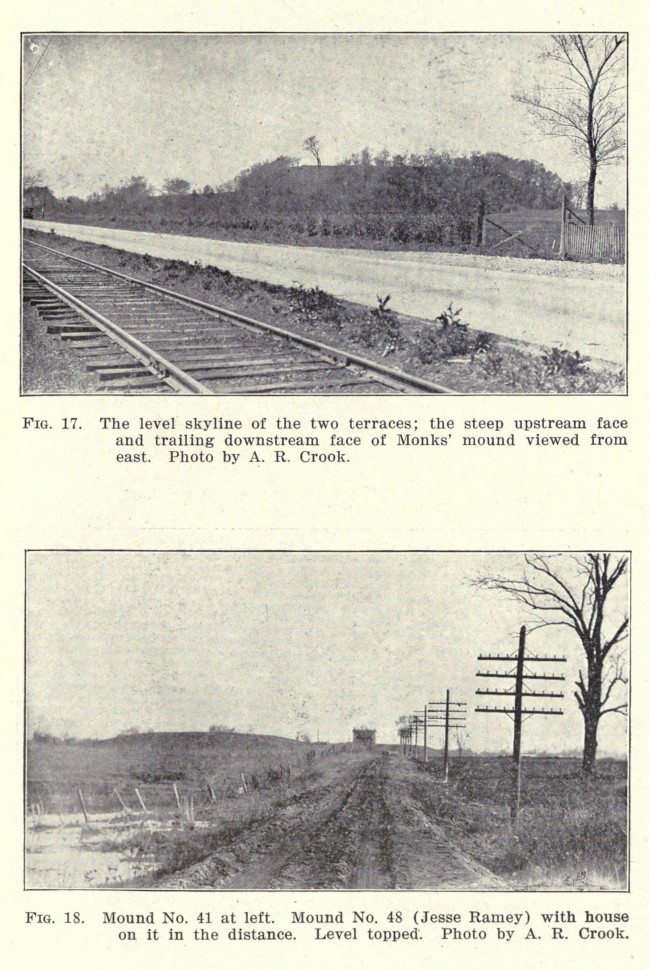 A smaller mound, like this mound no. 51 in the nearer surroundings. Picture in the public domain. 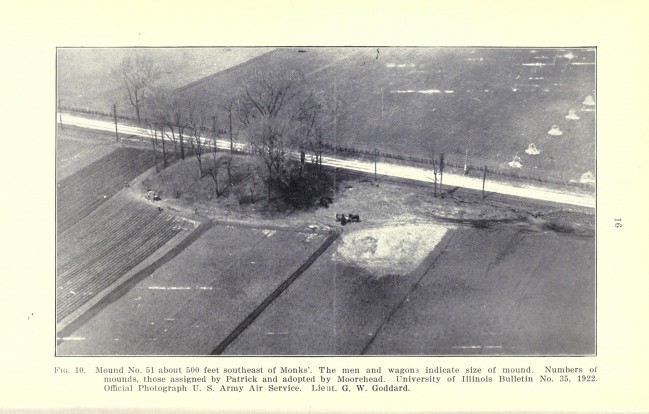 In the scientific context, terms such as "tumuli" are always juggled here. Tendently, words such as "pyramids" are avoided instead, although the structures tend to go in this direction. This can be seen in the largest hill in Cahokia, the Monks Mound, a four-step platform hill about 30 meters high, which was considered the central point of the approximately 20 square kilometer large complex. Apparently, one of the largest rectangular buildings ever erected in Cahokia once stood on its summit; it probably served as a ritual room. What has become of it is beyond my knowledge.

Old School Archaeology; first illustration "Drilling" at Monks Mound, second illustration works at James Ramey Mound (both in the public domain). At the bottom the "explorer" probably holds a lamella to peel off the surface of the earth. Everything seems to be highly professional. 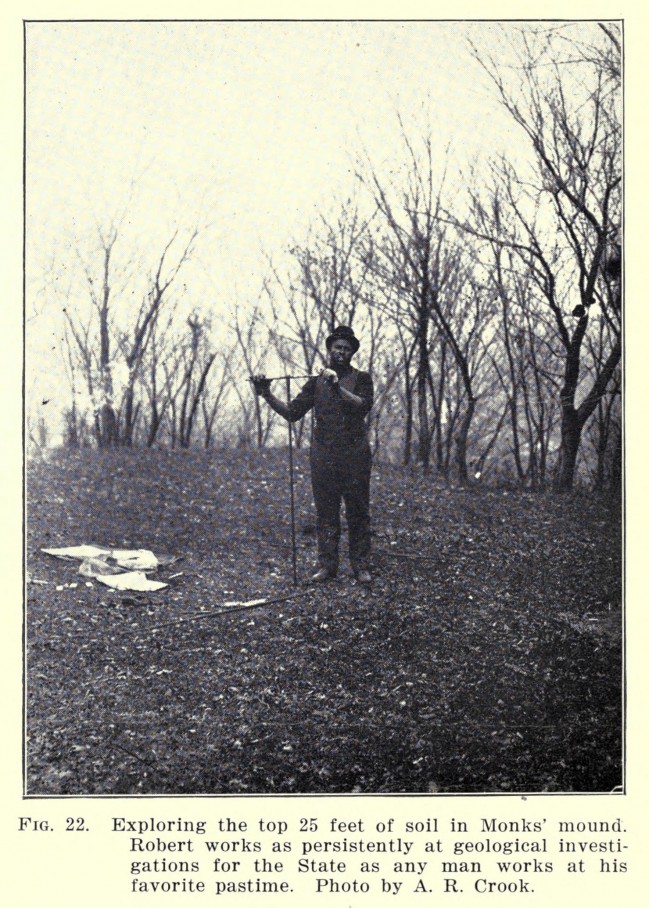 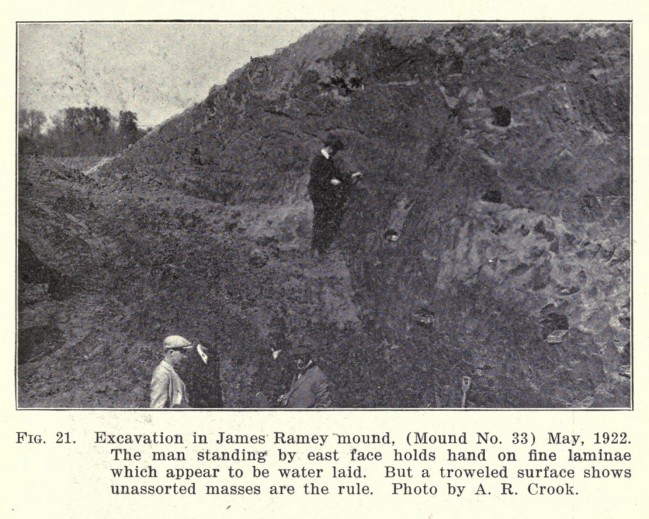 The settlers used the gigantic earth walls to organize all kinds of things, ideally they let them grow over or even built houses on them (see drawing Monks Mound from 1887). Science seriously believes that these gigantic earth masses were moved by buckets. Here impressions of environment at Cahokia.

Please also have a look at my more detailed article on the North American mounds.