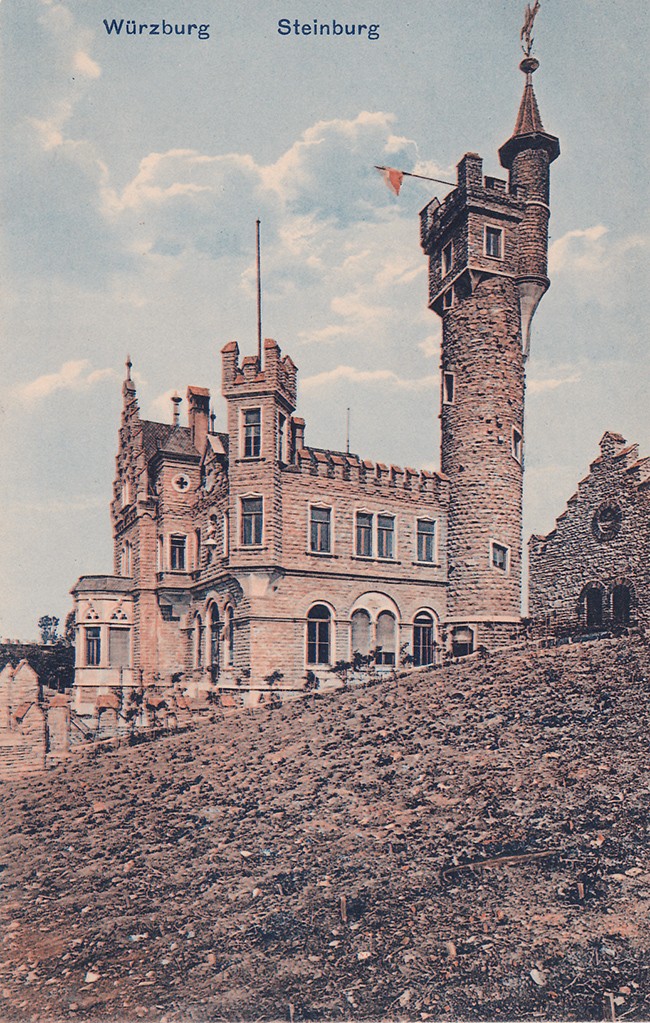 It is always curious to see what historiography has to offer. What are you typing, do we have here before us? That's right, a small castle (it says Steinburg on it). Wrong, but it should not be. Officially it is not.

First of all official: "Already in the middle of the 13th century there was a castle on the Steinberg in Würzburg for about ten years (!!). The historic building of the Steinburg in its present appearance, however, was only built in 1897/98 as a restaurant (within only 9 months) with a view over the city. Today the castle houses the Schlosshotel Steinburg". (Source)

(Same source:) "Bishop Iring of Reinstein-Homburg (1254-1266) built a Hohenlohe castle on the Steinberg, which was called Castrum in Lapide or Novum Castrum in the Latin documents. However, it is said to have been less than a defiant fortress, as it was completely destroyed in a civil uprising only ten years after its construction. Strange, from my point of view.

Just jewellery from the turn of the century or a built-in technology that had to be removed? Was there a secret about the history of this "felled" tower? 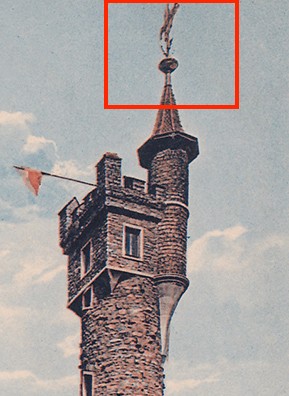 OK, so they built a restaurant there by chance in 1897 that looked like a castle because there hadn't been one for centuries? And this is a restaurant that is supposed to have looked like a complete castle? With later extensions that were far more modern and did not fit into the overall picture at all?
Who of the readers is Würzburger and can explain this to me?

But now it's getting worse. The pompous keep, which is said to have been built in 1897, was then simply demolished by the new operator in 1937 (i.e. just 40 years later). The lapidary reason: "... The hallmark of the stone castle, the tower that stood guard over the castle, was to be removed, because according to the city council at the time it did not fit into the landscape of Main-Franconia. (Source) What did the Nazis find so disturbing about the keep, only 40 years after it was built?

So is it just a constructional spleen towards the end of the 19th century or are we being distorted or omitted some facts? Interesting on many old postcard motifs is also the sometimes complex antenna-like construction on the keep. What was the keep originally really used for? 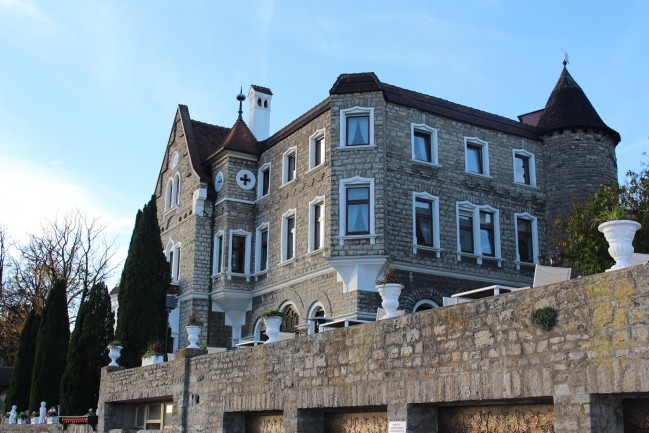