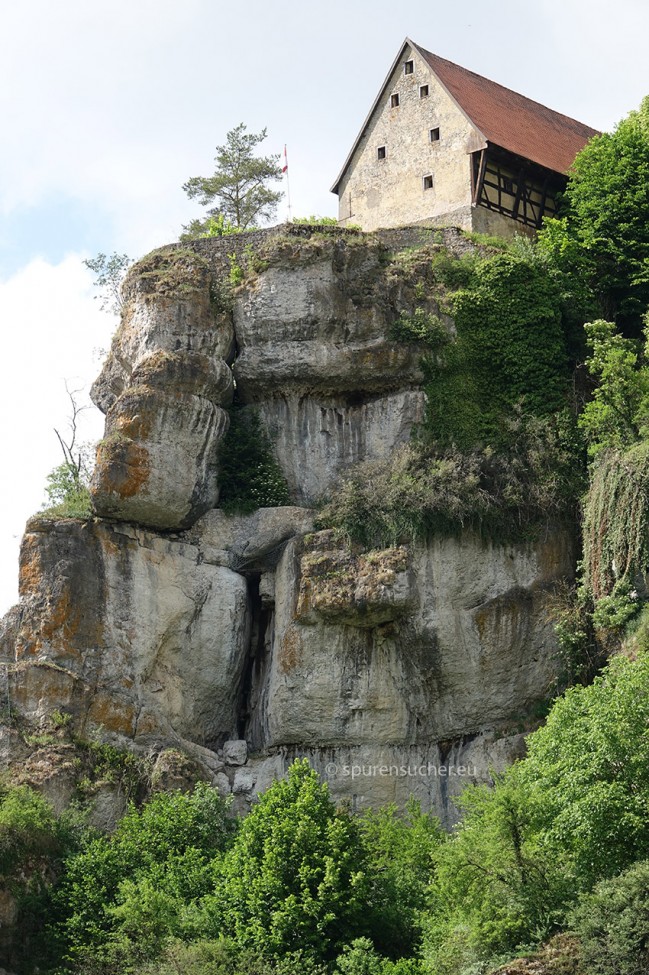 It is actually astonishing that only a few tourists deal with the strange heights and foundations of castles, palaces or monasteries. On the other hand, the "programmed" eye concentrates on the highest points and the architectural buildings, some of which are in very strange topographical locations. From our history lessons and common sense we know that behind the construction project were defence and fortification intentions when they were built there.

However, one should also consider the idea that the special nature of the foundations themselves is of great importance - perhaps the sometimes very conspicuous altitudes also served as energetic locations that the ancients knew about and which they wanted to make use of for their everyday goals. In my opinion, sacred buildings or monasteries have deliberately chosen a particular location - perhaps also as a place of strength.

Pottenstein Castle above the village of the same name in Franconian Switzerland (near Bayreuth) is considered one of the oldest castles in the area. Records go back to the 11th century when the castle was built there. Apparently, the proximity to the gigantic block-like rocks, which look as if they had been carefully stacked on top of each other, was not considered dangerous enough to settle both above and below. Personally, I found the symmetry of the apparently stacked blocks below the castle more artificial than random. Also at the risk that some geologists would contradict me mechanically. 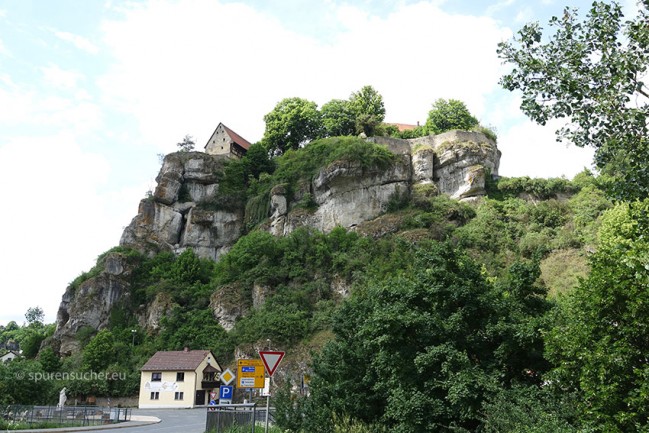 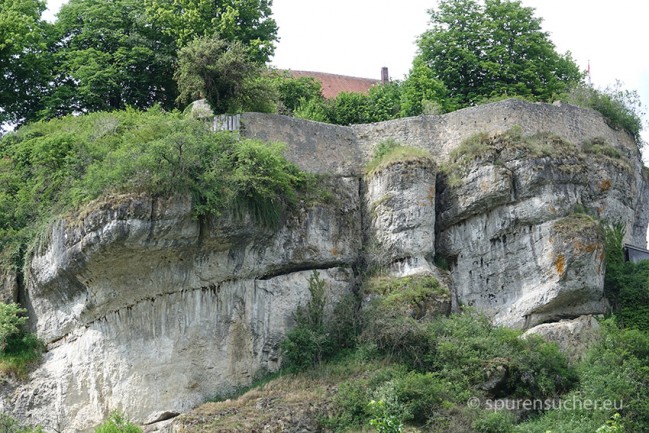 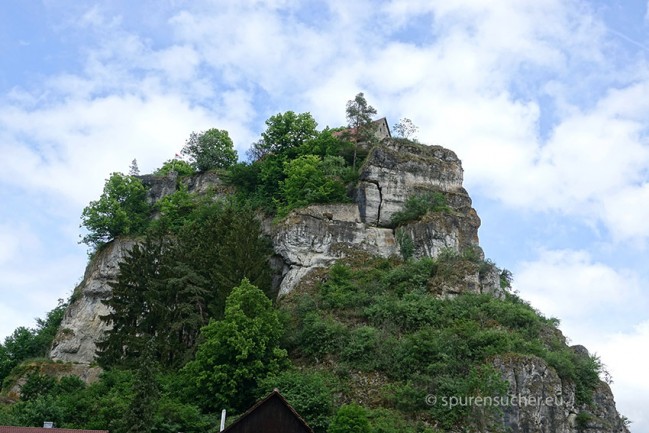 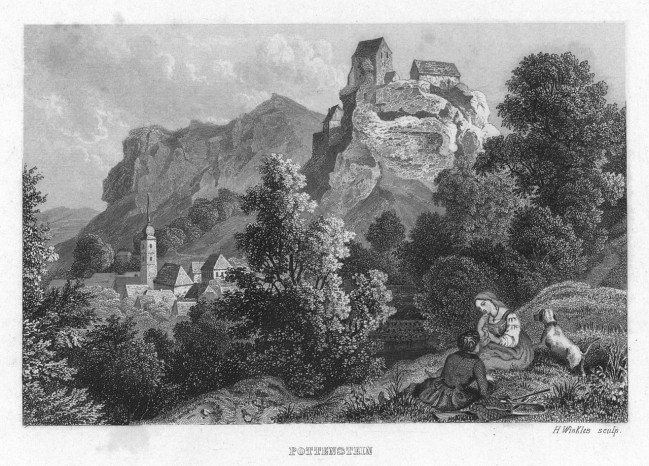 In the immediate vicinity of the village of Pottenstein there are further interesting rock formations at lofty heights, which were used as castle rocks. It is Tüchersfeld, strictly speaking upper and lower Tüchersfeld. In both cases it was stated that the reason for the construction of the castles was the control of the road and the river crossing. Today only castle remains exist there.
The exciting rock formations, which again suggest a (natural?) stack construction, are also striking in their symmetry. 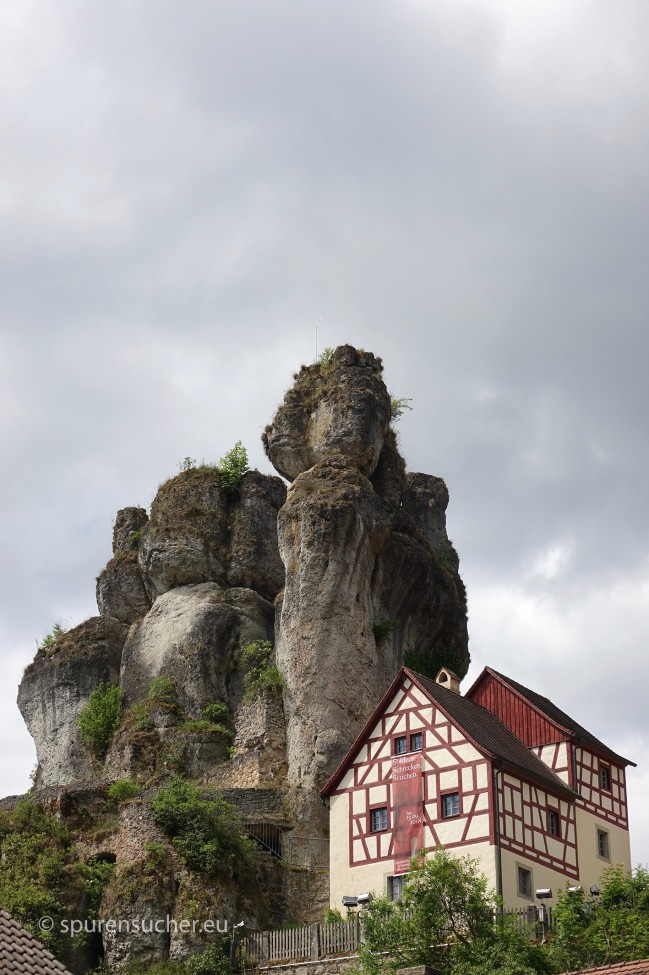 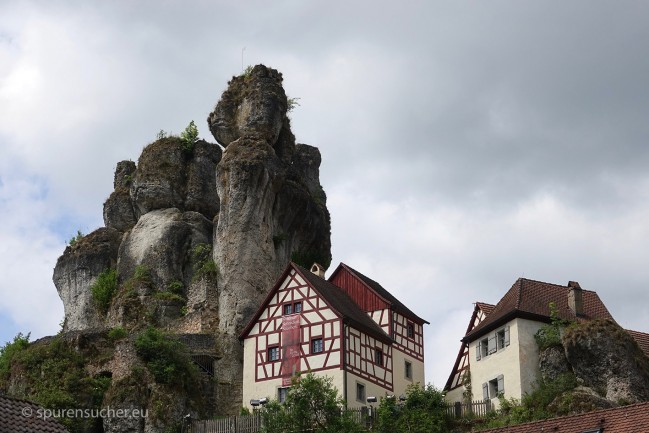 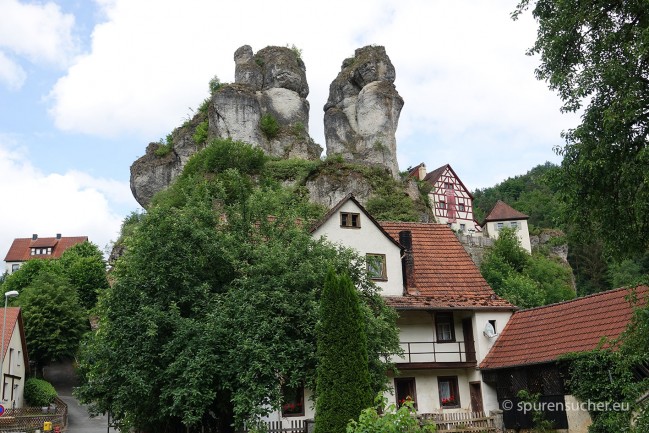 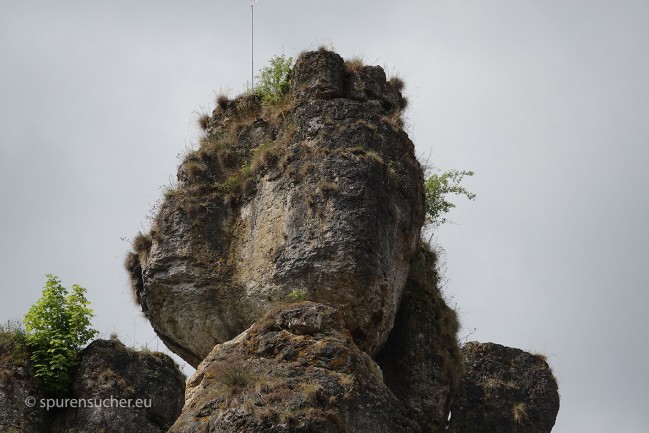 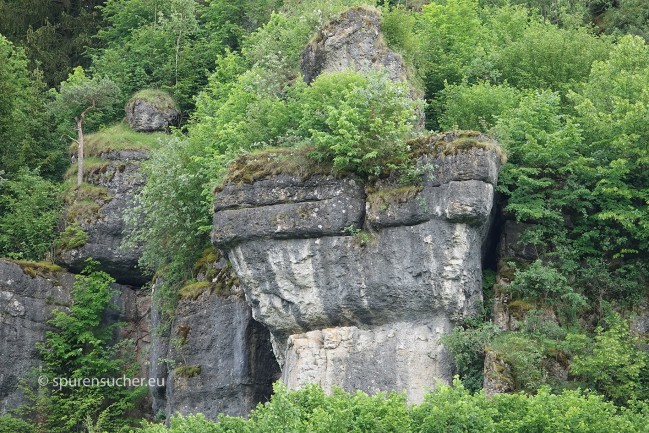 Just coincidence or artificially created formations and treatments with tools unknown to us? Symmetry without explanations ... 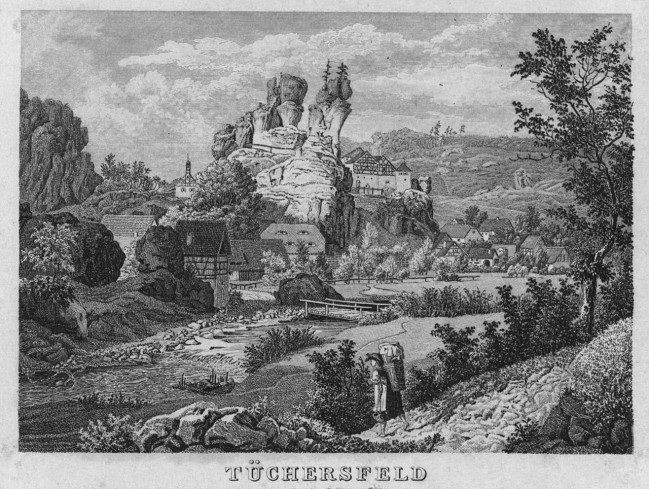 Is it completely impossible in the end that megalithic buildings form or have formed the foundation of younger Castle landscapes? Certainly in many cases - as in this one - it will be difficult to prove in concrete terms whether it really was so. One can safely assume, however, that the castle owners did not choose these locations by chance or alone because of the exposed location. I am firmly convinced that the "energy balance" (keyword Leylines) had also influenced the choice of location. But who knows whether the knowledge of that time was not much further than we can/may imagine today.