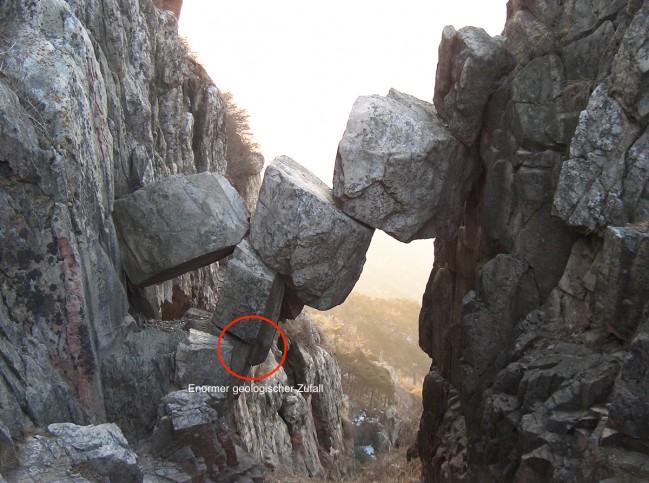 Coincidences exist, they do not exist at all: On the summit of Tai Shan (Mount Tai) in China there is an extraordinary rock formation called "Immortal Bridge". It is explained to the visitors that at first sight it is hard to believe that a human being has nothing to do with the creation of this amazing bridge. Instead, it is claimed that the stones have been in this unchangeable position for several million years. Really? How do you want to prove that? Scientists believe that this bridge must have been built during the Ice Age. Locals instead link specific lore to the Immortal Bridge. It's a theory that a man who dares to cross the bridge will attain immortality. For many years the Arch has been a place of worship to which a large number of pilgrims come. They see the Immortal Bridge as a symbol of rebirth and eternal life. To be honest, a deliberate construction method with regard to a spiritual use is more obvious to me than science would have us believe. Although I personally was not on site, I see precisely "cut" edges on the corresponding illustrations, which suggest anything but geological coincidence. 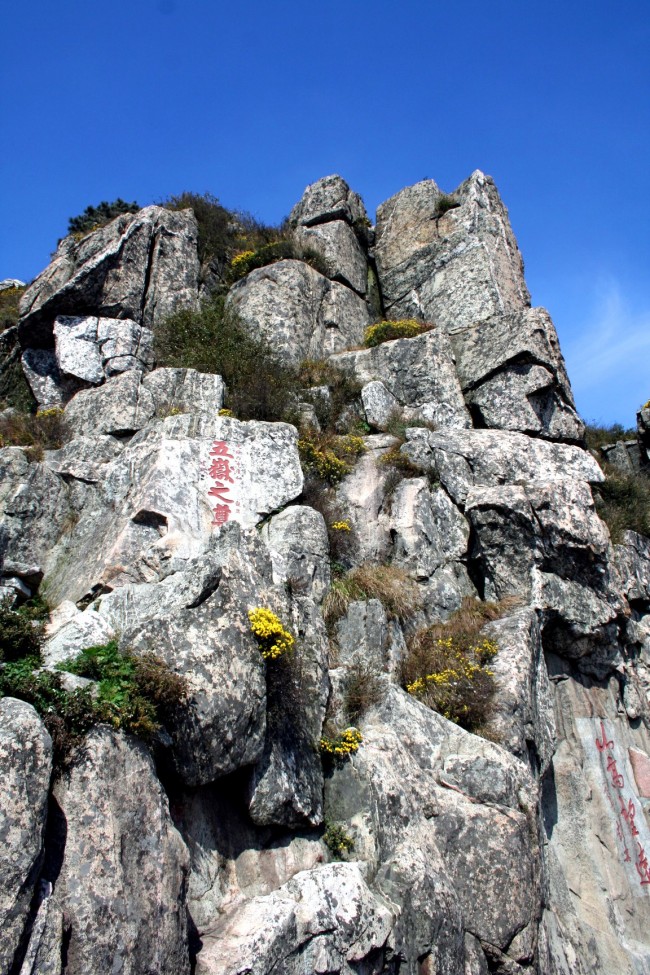 Mount Taishan (also called Mt. Tai) is the most famous holy mountain in China. In almost 3 billion years of "natural evolution", it was formed by allegedly complicated geological and biological processes, which led to a gigantic rock mass, covered by dense vegetation, towering above the surrounding plateau, researchers claim. Tai Shan at least looks back on thousands of years of history. 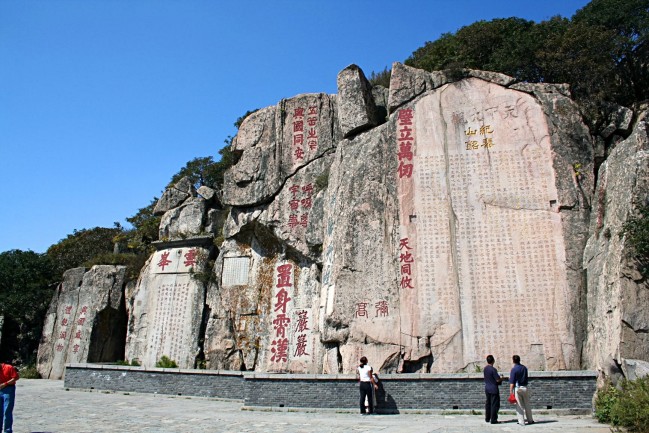 The first traces of human beings date back to the Palaeolithic and even in the time of pre-imperial dynasties the mountain was an important place for making sacrifices to the gods. There are a number of old and important trees there, including six cypresses from the Han Dynasty, planted 2,100 years ago; Sophora japonica from the Tang Dynasty, planted 1,300 years ago; and the Guest Greeting Pine and the Five Bureaucrats Pine, both planted about 500 years ago. All architectural elements, paintings, in-situ sculptures, stone inscriptions and old trees are integrated into the landscape of the Taishan Mountain. 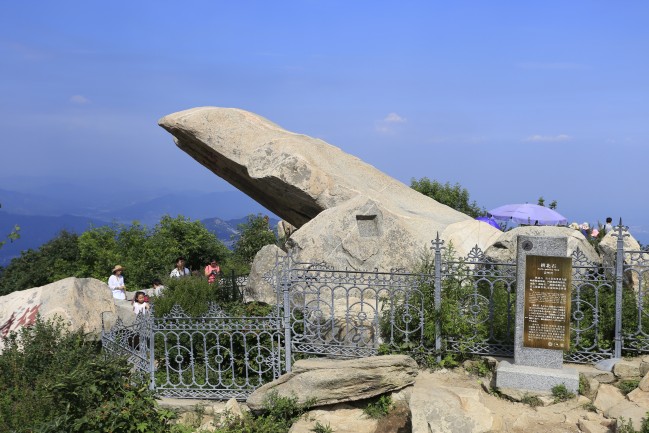 The so-called North Pointing Rock, also part of Mt. Tai, is in my opinion neither the result of a geological coincidence;

The North Pointing Rock from the other side: 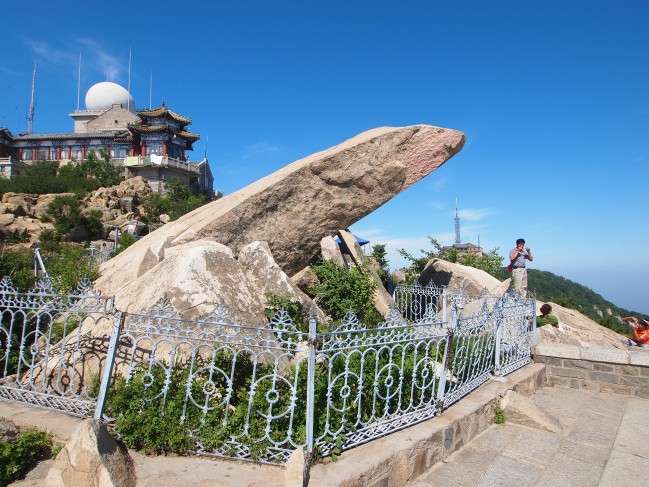 So the hotspots there are practically an open-air museum of calligraphy. As a spiritual centre and place of power, this mountain has certainly been anchored in people's consciousness there for ages. The distinctive megalithic structures like the so-called immortal bridge as well as other striking rock formations there may be more "constructed" on closer inspection than the result of unusual geological processes.