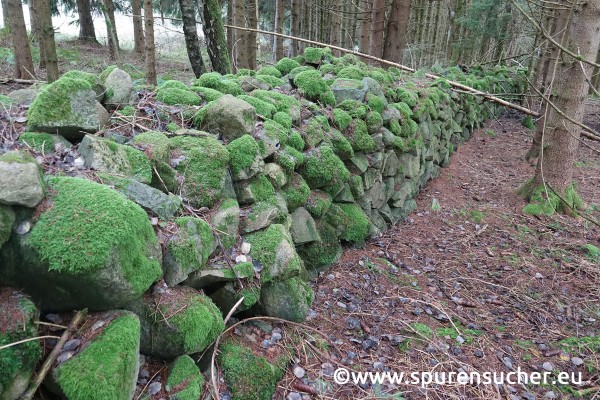 It's best to keep going, there's nothing to see here. If you go hiking in the Black Forest, you will come across walls that are several metres long (in this case, about 40 metres long), at the latest when you are picking mushrooms in the undergrowth. These are neither from the farmer nor from the craftsman from the village, but much older.

One can assume that they were built hundreds if not thousands of years ago. Why not hundreds, the practised archaeological researcher would ask? Well, because there is simply no reason for it. Presumably the vegetation was originally far different - this researcher will probably agree to that extent. Was it a cattle pasture? In my mind's eye I see the researcher nodding vividly. Then it may have been a fence for cattle? Another nod would probably follow ...

Well, I think aloud, where are the other cattle fences then? Why is this remnant so wide at around > 2 metres? Why does it stretch down the steep slope and not - as is usual for slopes - horizontally? And: Why does one go to such lengths - assuming one would also come across a clue to the other 3 missing demarcations, which, however, are simply not there? OK, they could have been removed in the course of time ...

Well, I continue to think: So a one-metre-wide fence made of thousands of rocks, which were quite expertly layered on top of each other in dry construction, is not enough. It must have been more than 1.50 metres at that time. Which animal species had to be protected from escape attempts in this way? Another question: Who brought in the intermediate pieces (or individual pieces of the walls) that weighed tons (apparently they had infinite time back then) and, above all, HOW? Not all of them were as handy as these ones in the picture.

Well, perhaps the practised researcher would come up with the idea that it could have been a territorial boundary. OK, but do you need an incomplete and, above all, over 2-metre-thick wall for a territorial boundary? The whole thing doesn't make sense to me, especially since a reasonable beginning and a coherent end are missing.

Others have already asked themselves this question, but no one dares to tackle the riddle that runs like a red thread through the entire southern Black Forest, as we shall see. If it were only the walls ... but these in themselves pose enough of a mystery. In this slope wall alone we find very large hewn rocks, which in themselves neither fit on a prehistoric wheelbarrow nor could easily be brought into such a static by two people. My guess is that the one on the right weighs at least 900-1,1000 kilos. Rolling downhill is also out of the question. It might have been pulled by several oxen. But what was the purpose of such a construction? 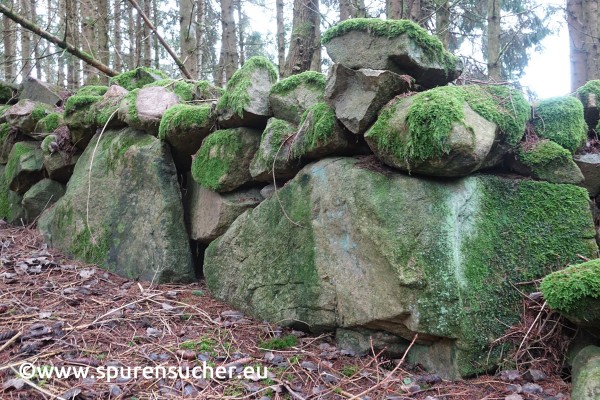 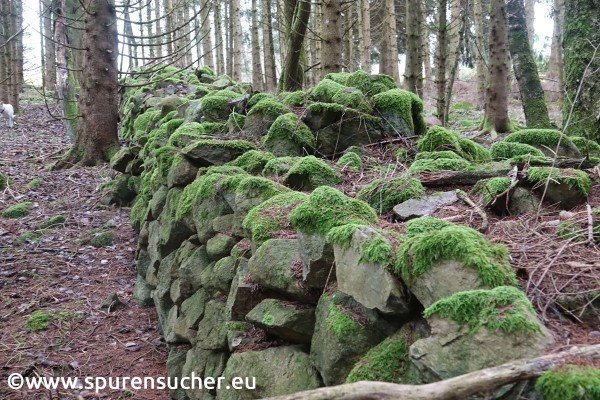 A wall that makes no sense. Such a monstrosity is for eternity. 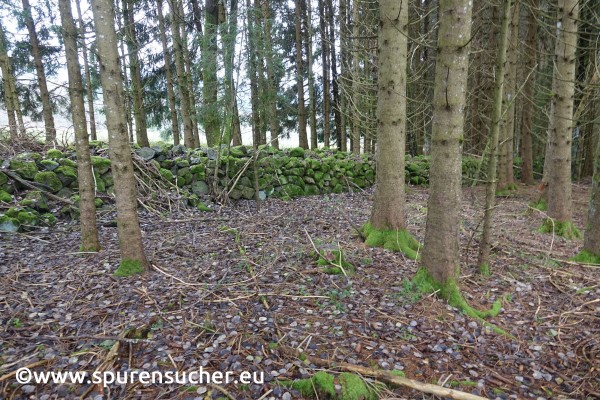 Steep slope: Did this area once have a completely different meaning? Outside of agricultural "thinking"?

Certainly not a mere collection of reading stones. Who and for what reasons would make such an effort?

I guess I will discover a lot more here in the future. Let me know if you come up with more ideas for such unusual constructions.