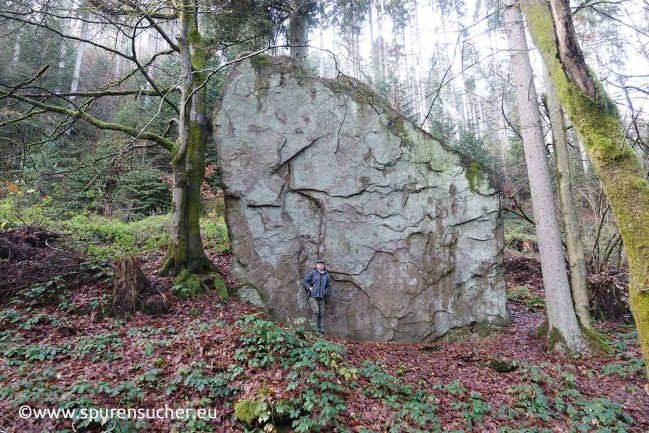 A rock slab more than 5 metres high and very shallow in depth in the curve of a hiking trail near Neubulach invites one to ponder. In the front view it resembles the rune Uruz, especially if you follow the upper edge. Uruz stands for power and change - something we can certainly put to good use in these times and especially in the times to come. The almost perpendicular orientation of the plate is striking. Such a colossus as a free-standing object with such surface lengths must be exceptionally rare to find. How far it goes into the ground is unclear. 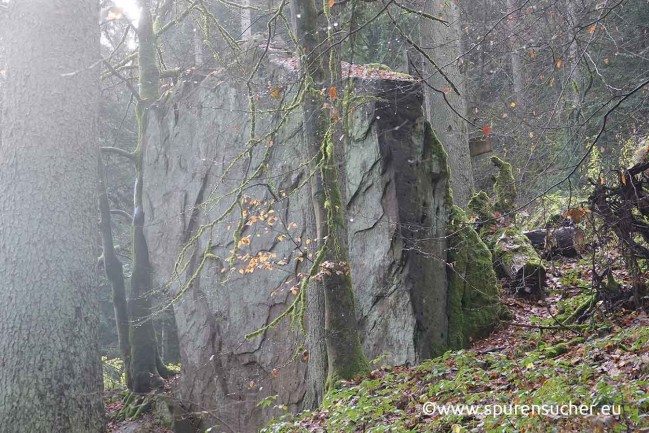 How did it get there? On their guided tours, geologists are convinced that this slab probably first floated horizontally, then turned south at a 90° angle and then drove itself into the ground there in a hatchet shape of its own accord. No, joking aside - except for the thing with the horizontal flight and the angle, the geologists are actually convinced of the theory of a crash. So this plate is supposed to have come down there from a higher region and taken this position. However, there is no evidence from the higher elevations, nor would such a process be physically explainable. 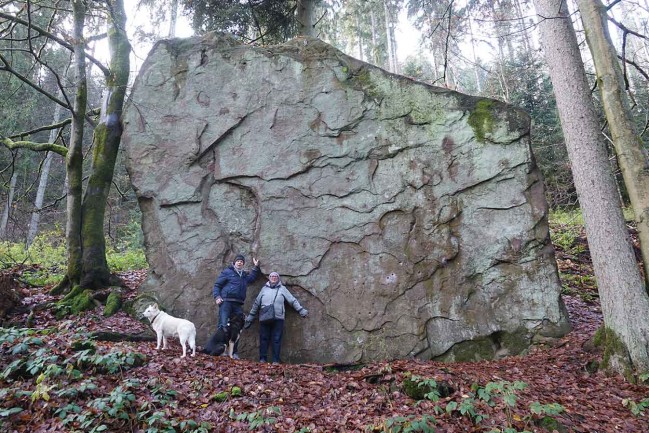 The fact that this is practically impossible is of course brushed aside. Sayings like "nature always finds a way" often seal the judgement of a scientist who takes his own theory at face value. If, then I would rather guess that a large rock was worked on site until it took on this shape. But even such an alternative suggestion could be doubted.

On the left side, the standing slab of rock once again runs to a point and collides with a tree that has grown there, which was not impressed by the obstacle in its growth. 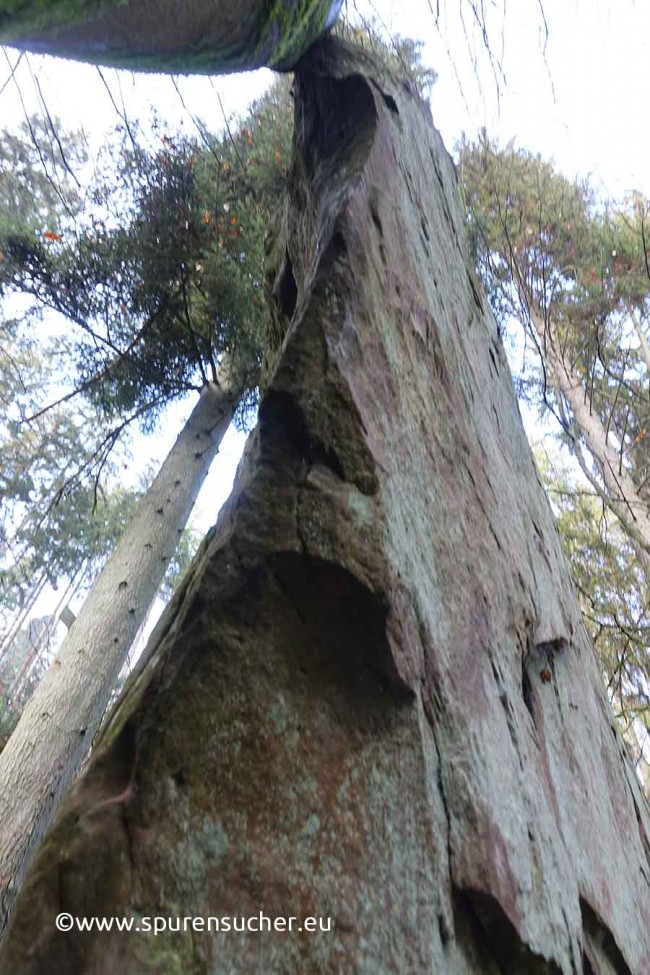 On the right side (back view) , which also looks neatly cut and gives the impression that the slant on the top as an edge is no accident, it is "supported" by another rock on the back. Or at least one could think it was. Seems somehow arranged. 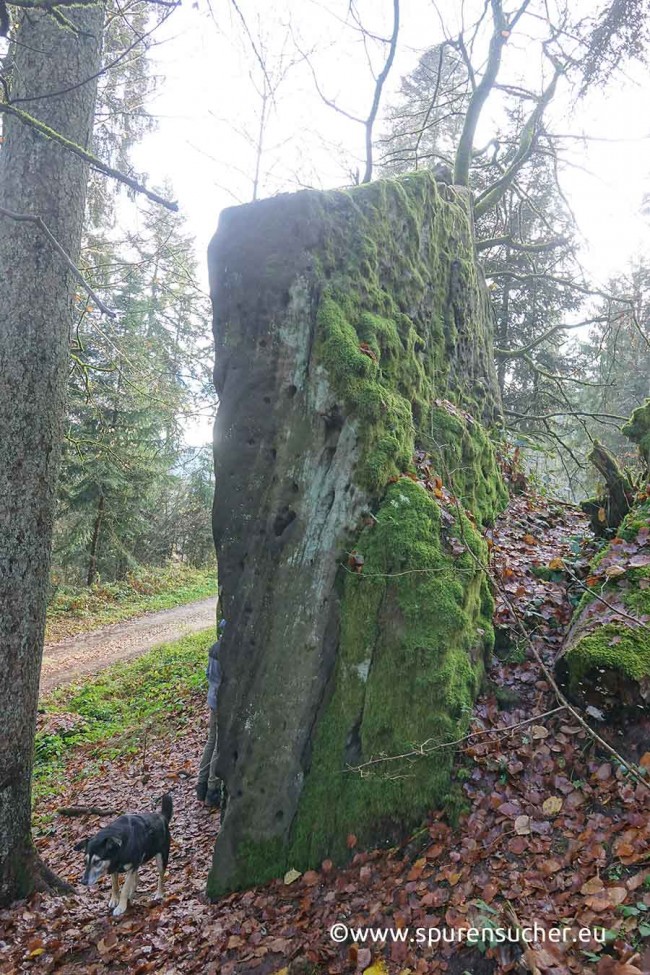 Here again the right edge with the adjacent upstanding neighbouring rock(s), which acts like a support. 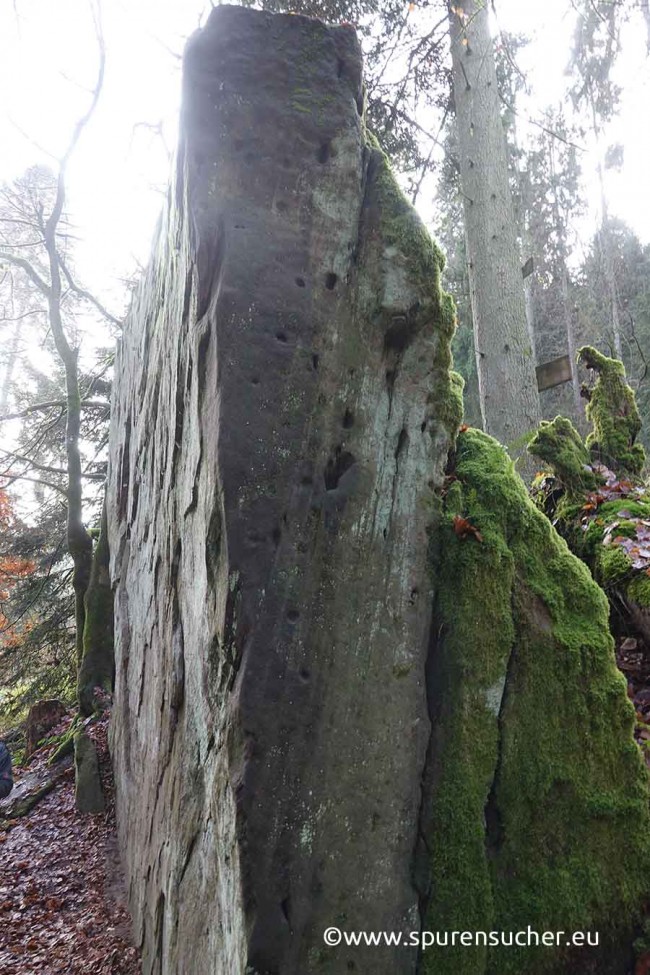 On the left side of the slab there are strangely wedged rocks in the ground, possibly supporting the large "rune" rock from the front. 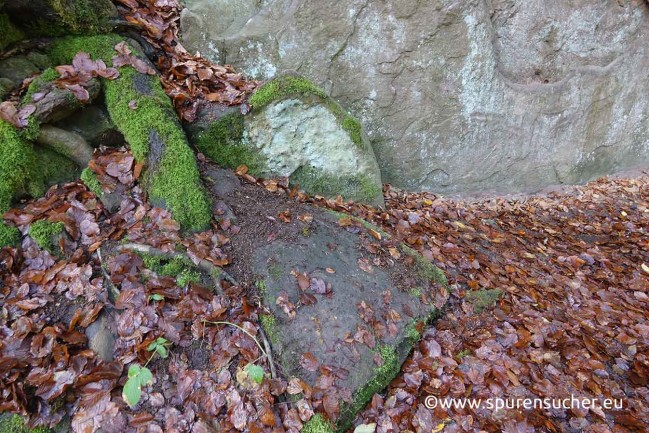 Here again the left side from the front with a little distance, so you can see what I mean. The support is probably more of an underground nature. We don't know how far the standing slab goes into the ground and what the height of the rocks in front of it is, which could also go quite far into the ground. 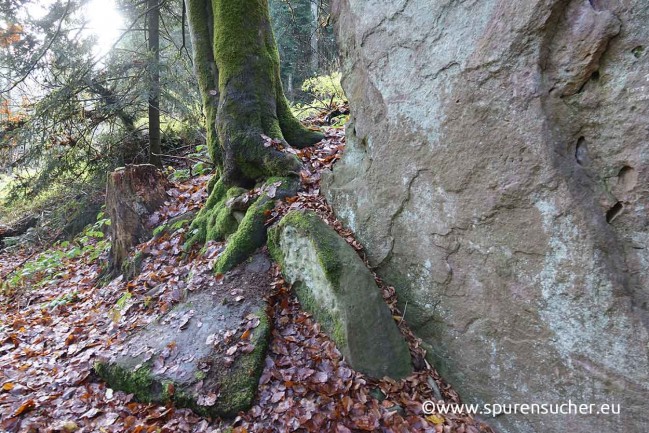 If one is not conditioned accordingly or breaks out of the forbidden thought patterns, there is no doubt for an attentive observer that intelligence and creative power had a hand in this. One may then no longer think of a natural coincidence. A monolith in a class of its own 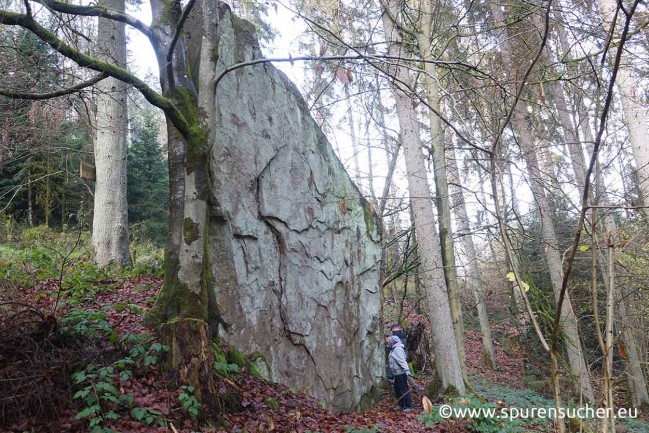