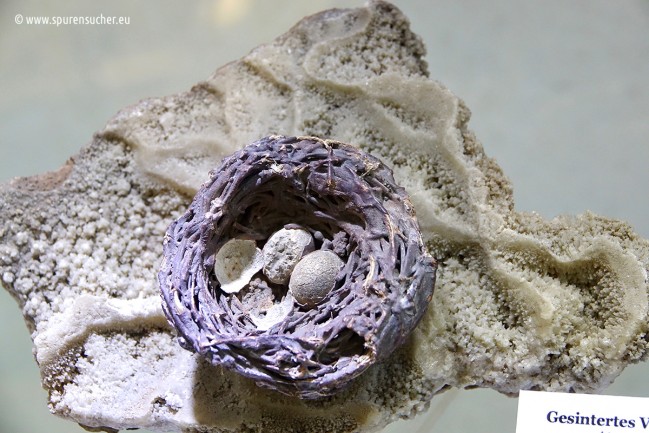 Petrified in a flash. Is that possible? Obviously, yes, but not always in the same way ... I am neither a mineralogist nor a chemist, but the processes of petrification seem to be manifold. Sometimes one speaks of fossilisation processes, sometimes of sintering and sometimes of cataclysmic events that can cause such things in a flash.  see my article "Out of the blue: The frozen world" (ger).

At first I believed at the find of the petrified bird's nest that something must have happened here in a flash. Otherwise both the nest and the eggs would have rotted irretrievably. The process of fossilisation is infinitely slow (if you can believe science) and is unlikely to lead to such a state of preservation.

The process of sintering, on the other hand, is relatively fast. Under the influence of calcium carbonate (also called aragonite), the nest, which was presumably located in a cavity (otherwise it would have been crushed), was petrified relatively quickly. In Karlovy Vary fossilized roses are sold as souvenirs, which are covered with bubbling stones. In the package leaflet you will find the following explanations:
"The petrified rose ... This paper rose has been in the hot Karlovy Vary mineral water for two weeks. During this time, the "SPRUDELSTEIN" (the same calcium carbonate) was deposited on it." This gives an approximate idea of how long something like this lasts. Basically, then, we are dealing here with mineral-rich water that triggers something like this - in the past, the game with souvenirs in Karlovy Vary probably took a little longer, but today the process is artificially accelerated. The minerals involved are calcium carbonate (for the stone hard sinter layer), minerals and iron compounds. Bluish to violet nuances are therefore not uncommon, as can be seen from this nest. The science defines this process as a "recent" procedure, a quite fast affair compared to lengthy fossilisation processes.

Does this also apply to all other cases? Hard to say, science says "no". What is not recent is automatically a matter of millions of years. I don't want to go into any further detail at this point about the fact that sometimes different voices are heard here. Read my contribution above.

That one should not put all eggs into the same nest, one sees possibly at my other finds on my expeditions by the mineral world. They have the same shape, but they probably have nothing to do with the history of the "recent" example shown here.

I leave it up to you to estimate how long it may have taken for the following "eggs" to take on the form shown here. Another interesting - albeit provocative - question in this context would be: Was this originally about eggs before petrifaction began? It may be speculated cheerfully ...

An agate geode is defined by a roundish cavity, which can be filled with mineral or fossil substances.
They are said to have formed in bubbles of volcanic rock, sometimes in crevices or in cavities of sediments.
Sometimes they are completely filled, sometimes incomplete ... like here. Extreme pressure, silicon dioxide and temperatures below -200° are said to have achieved such things. Is this conceivable? Location: Brazil 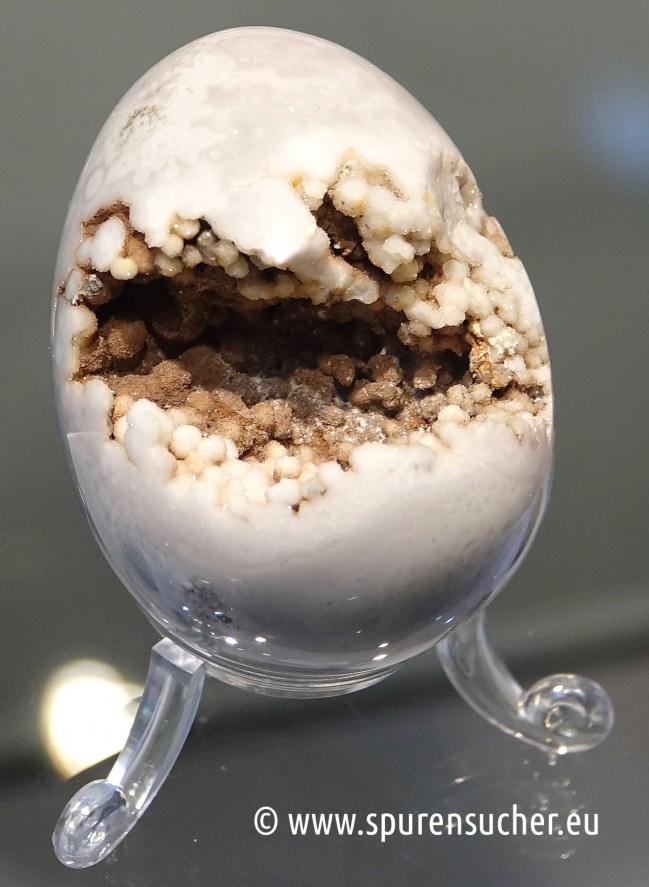 Anyone who deals with pyrite knows the cube or octahedron shapes. Here you can see this familiar metallic structure in egg form for a change. Sometimes you can also find ochre coloured metallic pyrite stones, which are also called cat gold. But a round or even egg-shaped "shell" is not common here. This piece here comes from the Kosowo. Another piece that I unfortunately can't show is even more classic egg-shaped or even golden ... A pyrite marl concretion from Newfoundland. What about the rare pyrite eggs ... ? 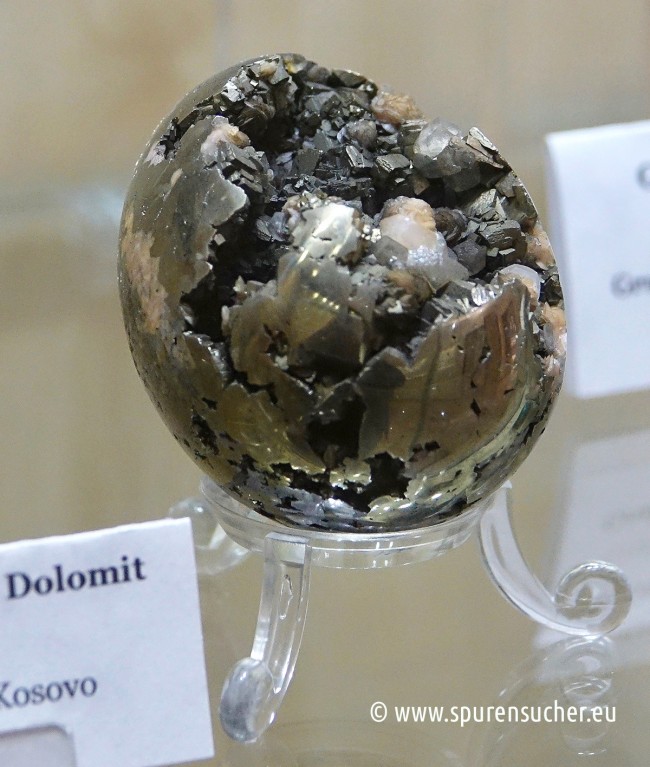 Not quite that much of an egg, yet an exciting piece. Unfortunately we can't take a look inside. Anyway, I have learned that with agates (which originate from cavities) one apparently often encounters egg shapes. 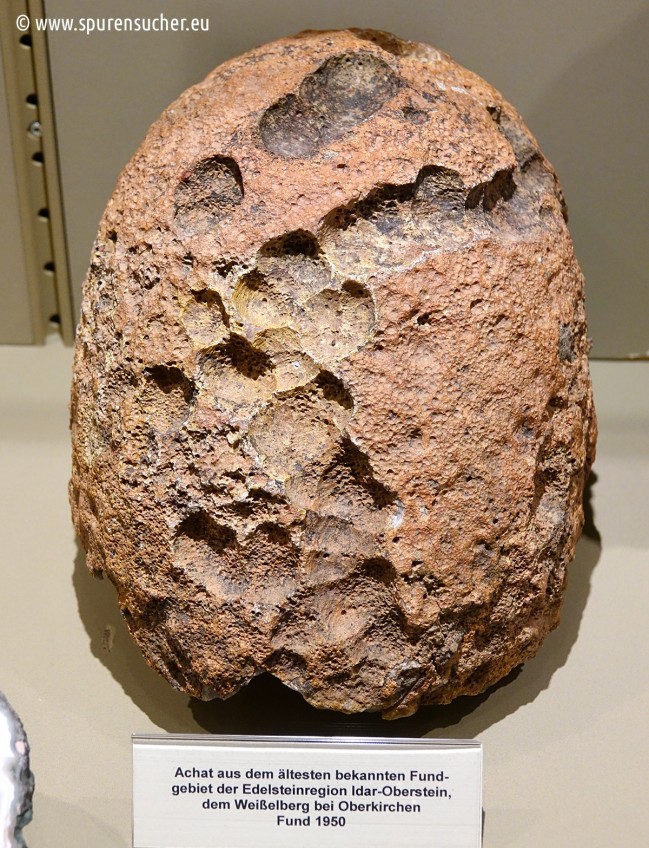