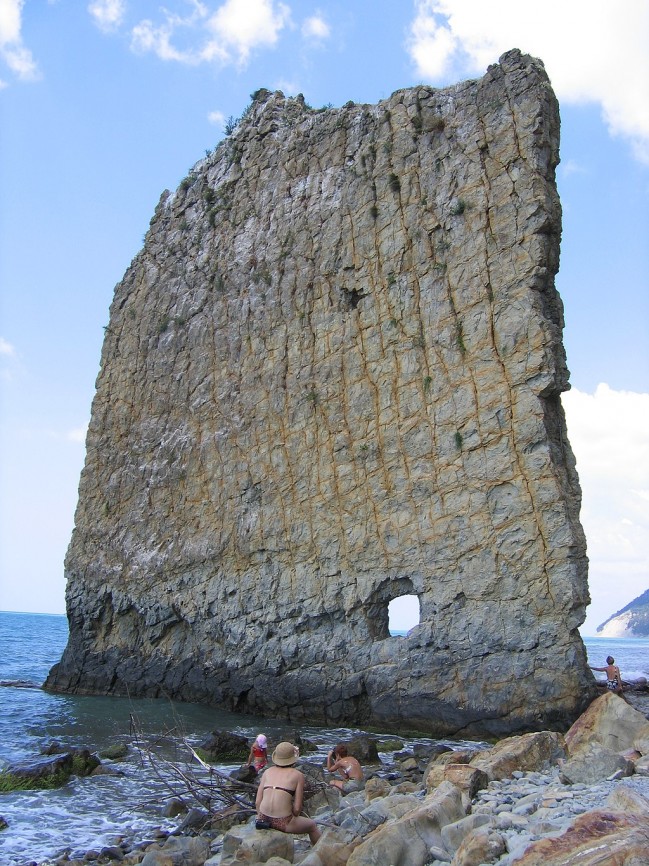 The so-called Parus Rock, a rock face on the coast of the Black Sea, invites not only geologists to speculate. Image: Sergey S. Dukachev, Parus rock, CC BY-SA 3.0

On the southern Russian Black Sea coast there are not only lots of dolmens, but also one or the other geological sensation. The "standing element" in the spa region is a sandstone attraction, which was called Parus rock in German, but which is properly translated as "sail rock". Visually, this is also true ... 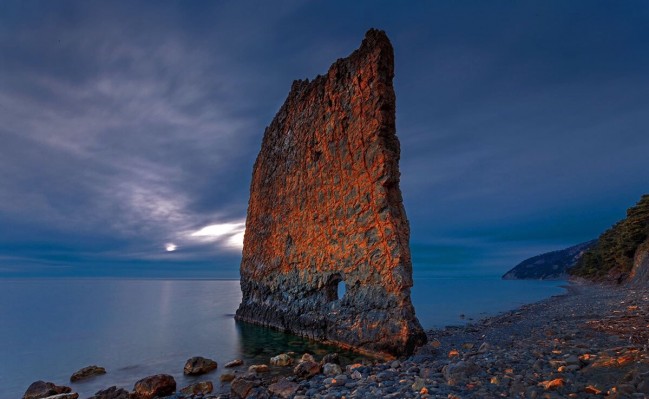 Who or what has set this sail, however, is likely to remain a mystery. At high tide, the water probably rises to 2/3 of the "sail" height. Geologists at first appear to be very dizzy and suggest that geological forces have had an effect here. There are many of them, can you be a little more precise? It was explained that both erosion by seawater and different strengths of the rock had led to this form. OK, nobody would think twice about saying that a giant couldn't finish building a house. But can't we simply admit that we have no explanation for the continued existence of this individual case? 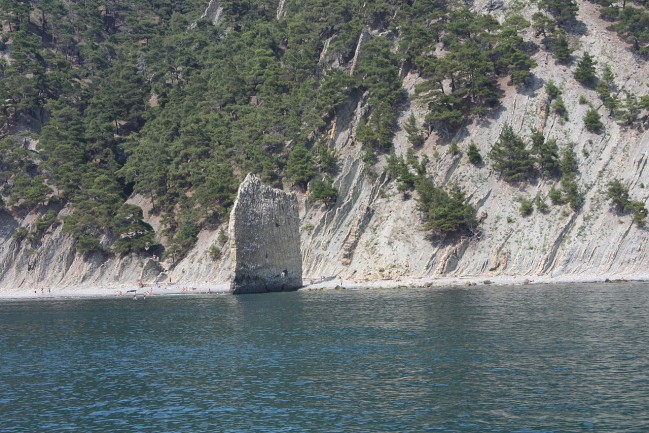 On the rugged coastline you can see that upstream of the beach, partial break-offs and similar edges protrude from the ground. But how is it possible that this single wall remained standing? Image: Юрий Головин, Parus Rock view from the Black Sea, CC BY-SA 3.0

The object is about 25 m high (some speak of 30 m) and 20 m long. The thickness in the lower area is already considerable with one meter. The 2.50 m large window is a puzzle that makes you think. However, the shelling during the Russian-Turkish war in the late 17th century probably did not achieve this, although the wall was under fire for a short time at that time. In this respect there is at least agreement.

Remnants of a rock or a shifted "house wall"?

Studies are said to have shown that the "sail" was part of a continuous sandstone rock that was originally located at this site. After many years, only one layer of it is said to have remained, while all others eroded away. How should it have come to this? Why should we have had to deal with an exceptional layer here? The official theory is supported by the hint that upstream of the beach nearby such layers with the same structure exist. On the other side of the "sail" on the seabed, the formation is said to continue, but it is already destroyed and does not reach the surface. In my opinion, this is still no sufficient indication for the extraordinary survival of this single upright surface. And what is it about the window? Maybe all other layers resp. upright slabs were "broken off" (as long as they were parallel to each other and did not represent a closed rock). This looks to me more like broken-off edges than the result of erosion processes. But this is only my first assessment without having been personally on site.

Traces in the hinterland; The broken off rock formations give an indication of the rock that corresponds to the "sail rock". Image: Sergey S. Dukachev, Parus rock. Rocks, CC BY-SA 3.0 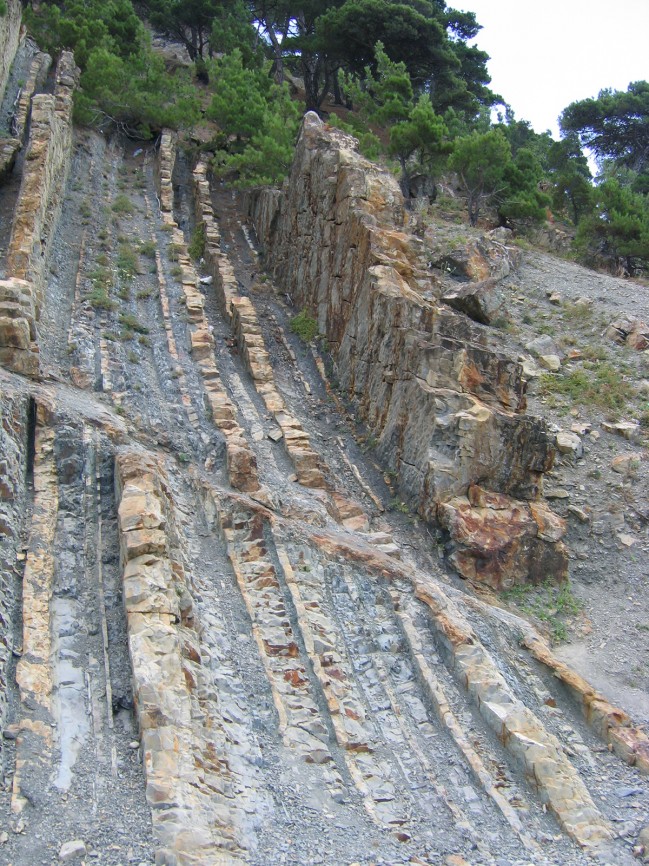 Meanwhile, tourists themselves contribute to the destruction of the rock by breaking off stones for souvenirs and carving inscriptions. On 24 November 1971 the rock was declared a natural monument.

In any case, it is an interesting excursion destination, if you are ever on the Russian Black Sea coast.