The lava bomb of Strohn 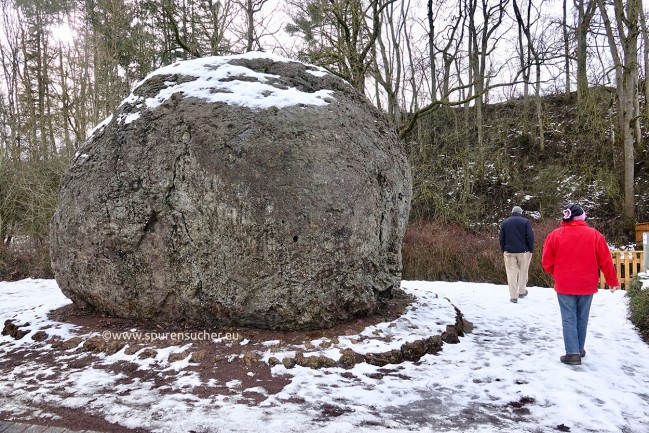 The lava bomb of Strohn in the Eifel is not immediately familiar to everyone. The extraordinarily large sphere with a diameter of 5 metres and a weight of almost 120 tonnes apparently rolled out of the demolition wall in 1969 during blasting of the nearby quarry. The mine operator explained to me last week that in 1980/81 the huge sphere was pulled with caterpillars and great effort into the nearby village centre. 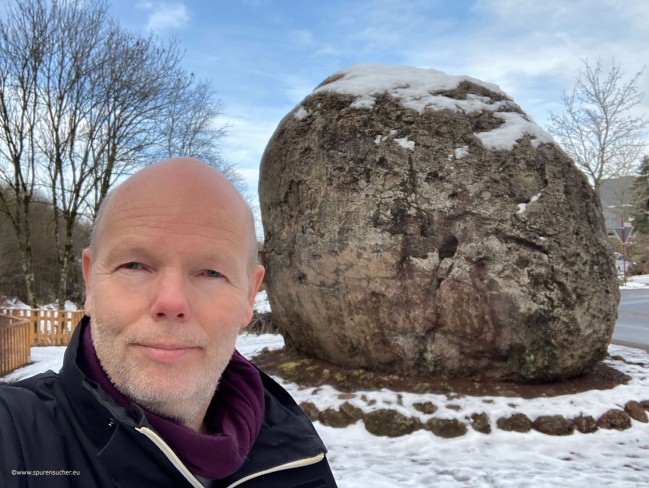 Today it stands there relatively unprotected on a road or in the immediate vicinity of a footpath and the operator complains that the municipality does not even consider it necessary to protect the sphere from the increasing weathering, erosion etc. A plexiglass roof has been erected over the sphere. A plexiglass roof would certainly have helped here. In fact, you can see that the layer of the sphere is partially cracking and could fall apart at some point.

If you look at the so-called spheres worldwide, such a sphere is not uncommon at different heights of rock layers. However, since the volcanic Eifel has little interest in alternative ideas, people concentrated exclusively on the eruptions of the Wartgesberg volcano at that time and speculated at first that this sphere, as well as other spheres there, had been thrown into the air by the active activity of the volcano. Later, however, it was conceded that this theory did not really seem coherent with such a weight. The idea that a piece of the crater wall detached itself and fell back into the vent was subsequently accepted until today. Scraps of lava had then stuck to its surface and ejected it after the eruption. However, not far enough, because this process would have repeated itself until an already almost uniform sphere of today's size got stuck in the crater wall. Due to the ups and downs, the sphere is said to have become larger and larger and too heavy for further ejection processes. Sounds adventurous: similar to a snowball that gets bigger and bigger by rolling.

Why not, such a theory is practically as good as any other. Other lava bombs are usually at best the size of a plate, with few exceptions hardly as round as this colossus and rather cylindrical or at best "dome-shaped" on one side. 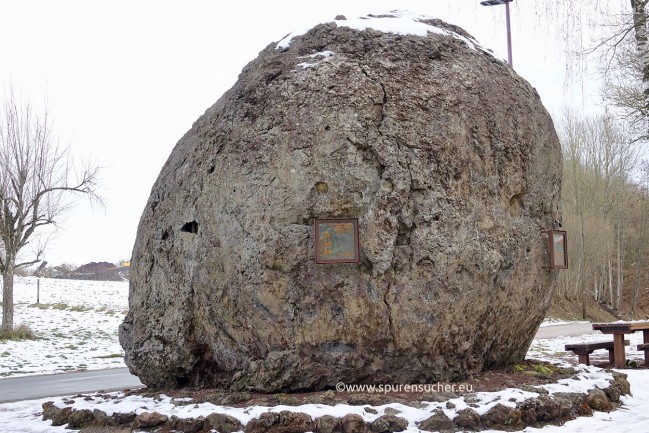 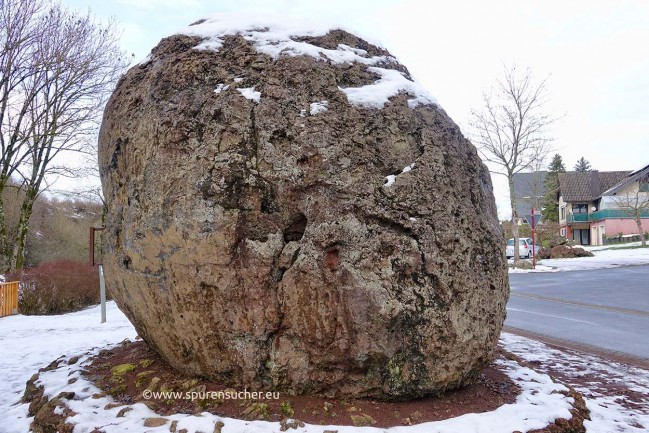 The expert opinion by the Geological Survey of Rhineland-Palatinate tells us: "Even with the tremendous forces released during volcanism, it is hard to imagine that a sphere of this weight would have travelled very far as a volcanic bomb. We rather believe in the following manner of its formation: the activity of the volcano was not a steady one. Periods of relatively calm outflow of basalt magma, which partly filled the Alft valley, alternated with periods of violent eruptions, during which a very gas-rich magma was produced. With this violent eruptive activity, it is not inconceivable that the vent has repeatedly sought new paths, as can also be observed in volcanoes active today. In the process, small parts of the crater can be torn away and already cooled basalt blankets can fall back into the vent, i.e. into the glowing magma. We believe that a piece of the basalt blanket was re-melted and, after a longer stay in the magma, got its round shape by melting on." There are plenty of subjunctives in this story. 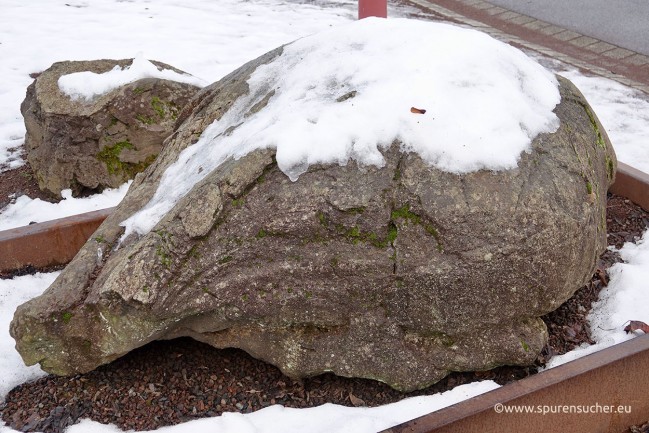 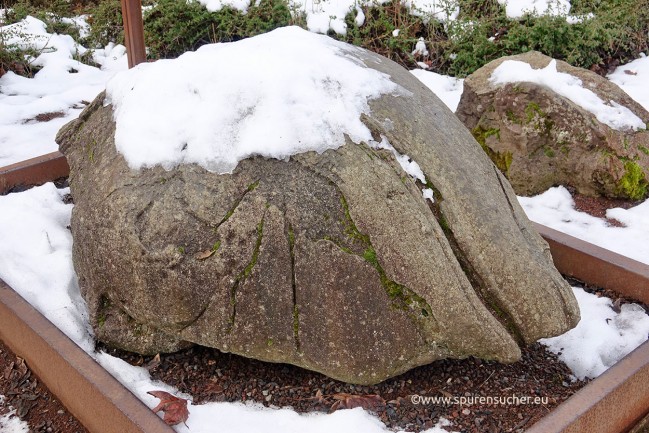 Next to it is another oddity called a "real volcanic bomb" because it seems to fit into the weight scheme of volcano experts. It is 2 metres wide and weighs only 1.4 tonnes. However, it is not a bullet. The researchers consider this size and weight to be suitable for flight. According to science at the time, anything up to the weight of a passenger car could fly.

The neighbouring Pulvermaar near Strohn 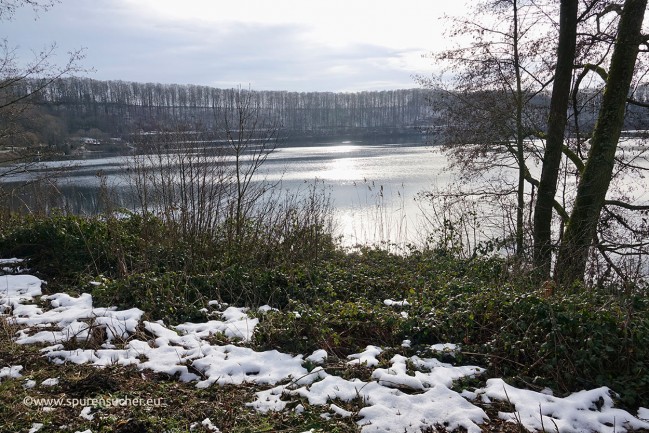