Starfort traces in the desert sand of New Mexico 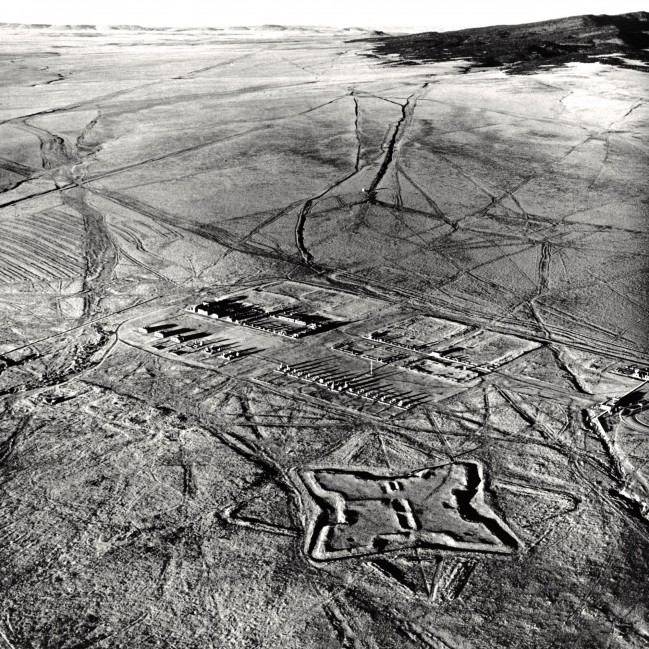 What does Google Maps have to offer us today? Only from the bird's eye view we see here a striking star fort contour in the desert sand of New Mexico.

The amazing thing is that it is located in the immediate vicinity of the Fort Union National Monument, which is much more recent (built in the middle of the 19th century). However, the one is unlikely to have had anything to do with the other - at least not structurally.

The Fort Union National Monument (today ruins) is said to have been built under the most difficult conditions and with the simplest of means and later expanded several times to protect it against Indians during and after the American Civil War. You can basically see that in their barracks style. Afterwards the fort is said to have been rebuilt a few kilometers later, ....

A distant and then newly built railway line made the military site shown here, called Fort Union, obsolete in the 1890s, whereupon it subsequently fell into disrepair. The former barracks structures and ruins are all arranged in a nice rectangular shape and you can still find wall remains everywhere in rows.

Below are the remains of the former Fort Union. Nothing spectacular, could be the setting for a spaghetti western. Image source Wikimedia Commons. 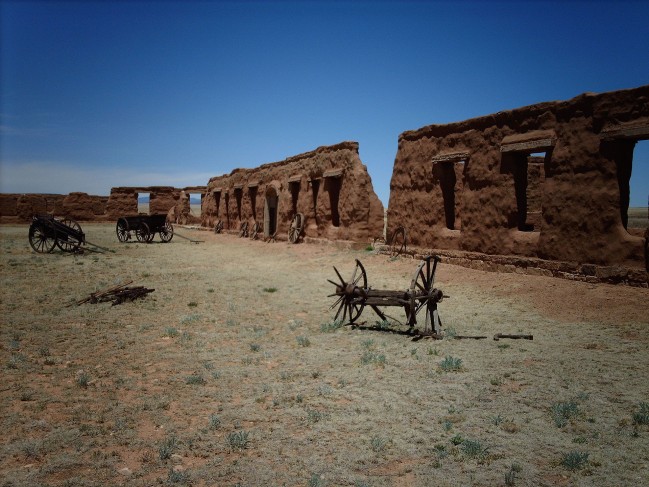 Southwest of it, however, there is a striking star fortress pattern in the sand, close to the other fortress ruins. Its size is about 230 x 250 meters, the diagonal peaks are even further apart. I assume that this former structure was destroyed before this barracks was built next door. But who built the star fortress?
I once measured on Google Earth - if not everything deceives me, the former walls of the Star Stronghold must have been between 5.50 and 6.00 meters thick.