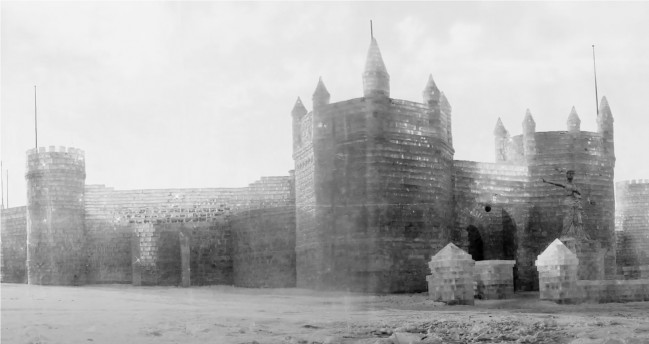 There are always interesting traces of the past that make you think. For example, the unreal fairy-tale ice palace or more appropriately named "The Ice Castle of Leadville".

On 25 November 1895, a team of 250 men began working day and night to build a castle of ice in the Norman style. To anticipate: the project succeeded. Within an incredible 36 days, 5,000 tons of ice were processed and a monstrous work of art was created. 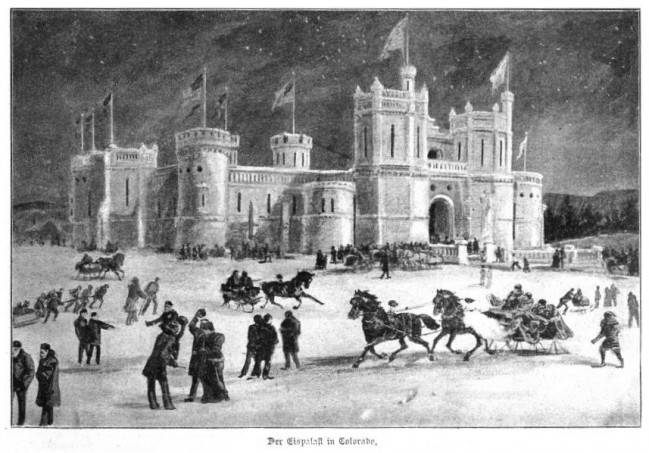 Background: The town of Leadville in Colorado (USA) intended to hold a so-called "crystal" winter carnival event from 1 - 28.3.1896. This was expected to boost the local economy and tourism, as the town, which was spoiled by the mining boom, had to contend with declining silver production. The population shrank from almost 40,000 in the boom years to only 15,000 by 1895.

At best a small town with only a few inhabitants. It is astonishing that such a project could be made possible at all. Picture source Library of Congress; Imagesource 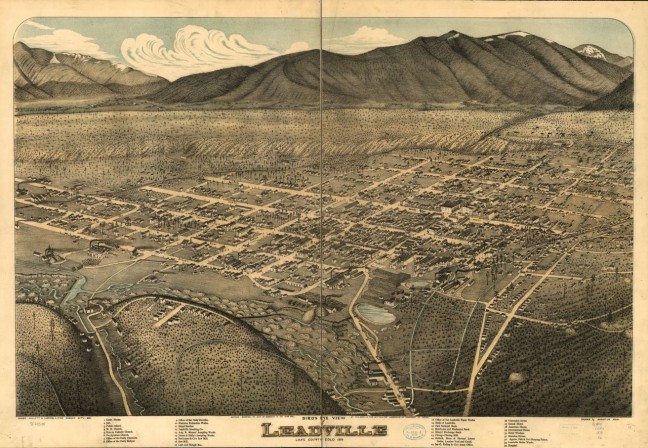 With the background of this winter carnival festival, it was hoped to get the misery under control. After several financing attempts and the tail wind of local bankers and mine operators the starting signal was given and the project was completed within ONLY 36 days. 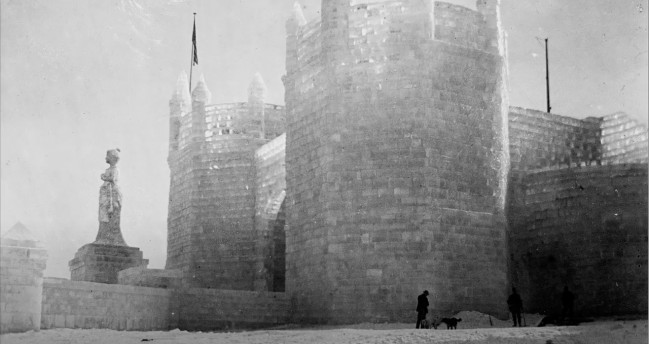 Pompous and built up to turbo speed. The ice came from at least 85 miles away. Picture source: Denver Library

The Eisburg was 137 metres long and almost 100 metres wide at the end. The ice walls are said to have been 1.50 metres thick at that time. Only a kind of wooden construction was used to get the ice under roof. The ice was supplied by the Leadville Ice Company, which cut huge blocks from its own ponds north of the city, as well as from Evergreen Lakes near Leadville National Fish Hatchery and from Palmer Lake at the Front Range. Horse-drawn sleds carried huge blocks of ice to Leadville, where Canadian ice cutters shaped them for construction. As the workers stacked the ice blocks into walls, they sprayed the walls with water that was frozen and looked like mortar to hold the blocks together. No kidding?

But: How did the whole thing turn out logistically? Well, the whole thing sounds relatively grotesque: If you use the map material, you see that the Evergreen Lakes are 85 miles away and Palmer Lake 147 miles. That's how far away the blocks are supposed to have been transported on sleds. This is 1895. Does that seem realistic? Not to me it doesn't.

Someone wrote in a commentary: "This city is the highest point for a city in the USA. Horse and cart transported all the material. There's no way this could have happened or been built in this time frame. ... I searched for pictures of the actual construction and found none. They say it was an attraction to boost tourism in the city, but how many people traveled across the country in the late 1800s. That's just weird."

Okay, so what happened next? Unusually warm weather initially made a Christmas opening impossible. Leadville is located at an altitude of 3,094 meters, but that allegedly didn't help. The partially completed ice palace had to be covered with a huge canvas to prevent it from melting.

Technically realistic or rather a fabricated story?

What did it look like inside? The ice castle was equipped with a ballroom, a 16,000 square metre ice rink (electric lighting inside the ice columns), a curling rink, a restaurant (inside one of the ballrooms), heated ballrooms, games rooms, a theatre, toboggan runs and a carousel house. At the main entrance was an ice sculpture statue of "Lady Leadville" with her arm facing east towards the mining district and the other arm carrying a scroll with gold lettering and the number 200 million US dollars - which was to represent the value of all the metals produced by the Leadville mines up to that point.

A warm autumn had delayed the construction of the Ice Palace, and an early spring hastened its demise. Summer temperatures began as early as mid-March. It soon became clear that the palace would not last, and on 28 March 1896 it welcomed its last visitors. The ice rink remained in operation until May, while the ice walls gradually melted. 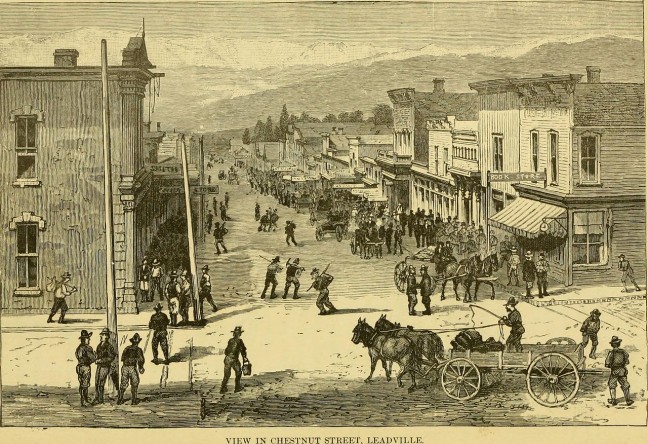 Typical western city scenery: This is what Leadville looked like in 1880; so should it have been no problem technically under these circumstances to build something like the Ice Palace as a castle in 36 days? Image Source Wikimedia Commons

What an effort for a small town with only between 10-12.000 inhabitants at that time? What kind of history are we offered here? Let me summarize the riddles:

I personally believe in the existence of the Eisburg, but not in the whole history around it. Let each person make his own rhyme.