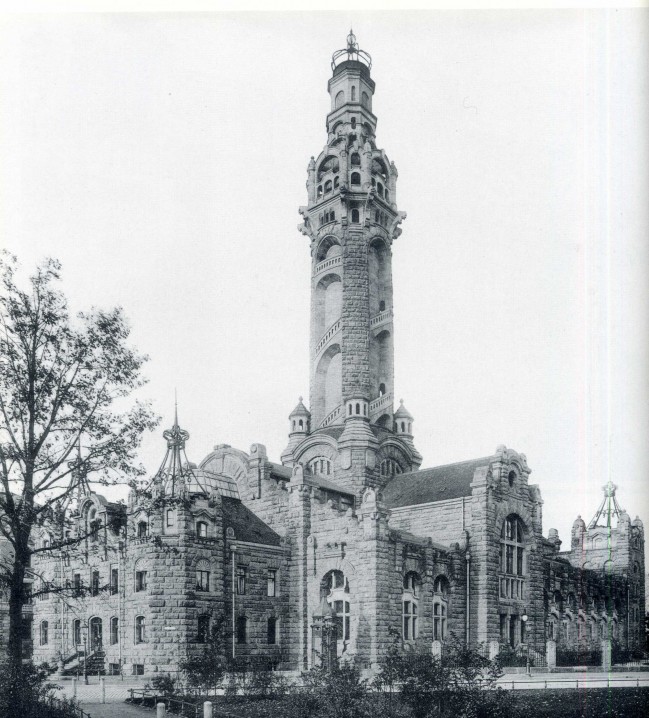 As is well known, there have often been cold winters, especially in churches. According to the historical narrative, King Albert of Saxony also felt the same way when, after his arrival in the Saxon capital in 1895, he froze his backside off during the service in the Hofkirche in Dresden. Apparently he was particularly chilled there on a Sunday morning in January, when it felt like being in an ice grotto.

For him, it was the welcome occasion to think about a modern form of district heating with the help of pipelines and steam instead of the usual chimneys, which would not have been justifiable from the point of view of fire protection.

At that time, the head building official Julius Temper at least brought this idea to his attention, following the example of American engineers. In the catchment area of the church, he said, a kind of heating center could be built without further ado. This was to provide the necessary heat for the church, the palace including the Georgenbau, the opera house, the Zwinger, the Gemäldegalerie, and all the buildings on the Brühlsche Terrasse, including the future state parliament building and police headquarters. In short, the idea was put into practice.

In the buildings to be heated, where fireplaces already existed, they could be removed at the same time. The new heating center was also to supply the necessary electricity to the surrounding area. For 18 buildings, ten double boilers with a heating surface of 200 square meters each were available in the new district heating plant to provide the necessary power - in the end between 8 and 16 MW. Bohemian hard lignite was used for heating. From today's point of view, this is already a top performance. 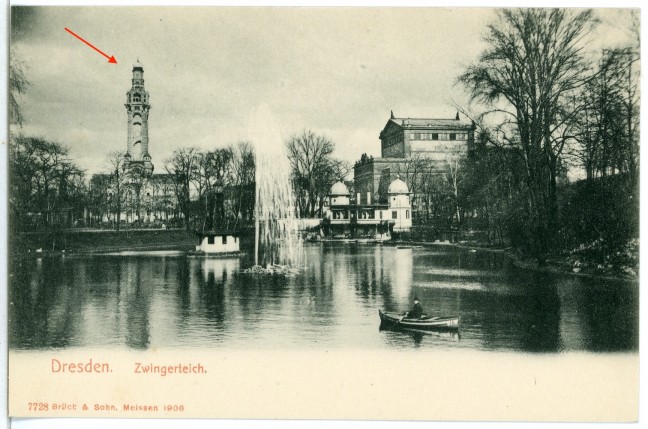 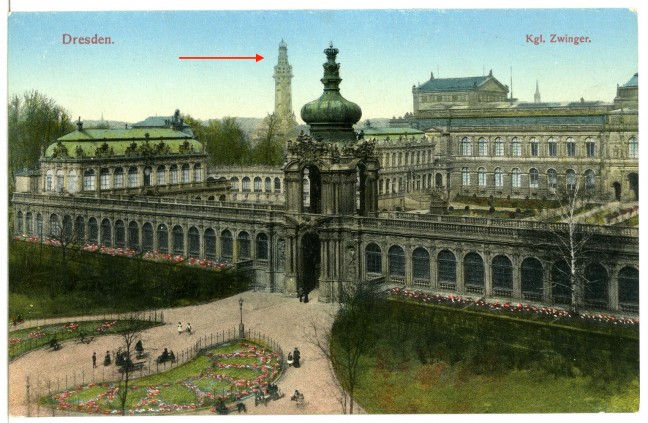 If you take a closer look at the building on old photos or postcards, the monument looks more like a Muslim or at least futuristic temple than a beautiful power plant. The high tower is said to have been a chimney.

Image: public domain; the district heating plant appears again and again on all postcards. The "chimney" towered over practically all the other buildings. So far I could not find anything about its final height. 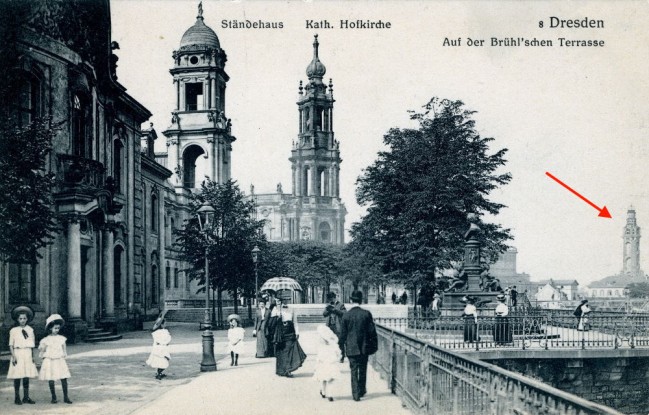 The Elbe at low water in 1905; in the background the district heating plant like a lighthouse; image: public domain 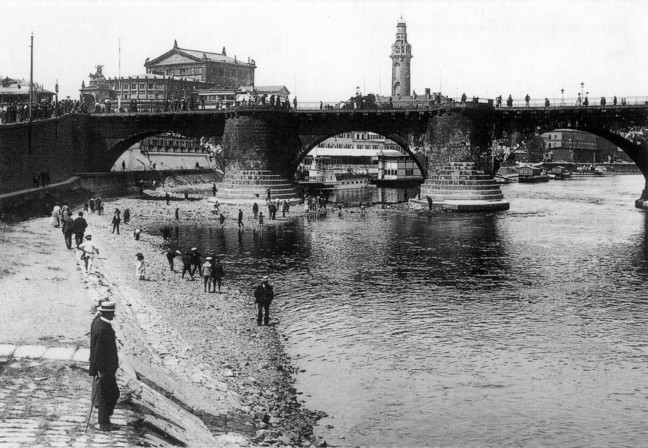 And now buckle up: Oily rags were allegedly burned in the cogeneration plant to produce particularly photogenic black smoke for photos. In this way, the smoke from the district heating plant was to be shown to great effect in photos. Such pictures can still be found today, but the smoke could just as well have been retouched afterwards. Personally, I can't verify this more precisely on the basis of the pictures. The motivation for this procedure is nevertheless somewhat strange. Did the inhabitants love black smoke so much because it reminded them of their own emissions from their chimneys in the houses? It could hardly be more stupid. 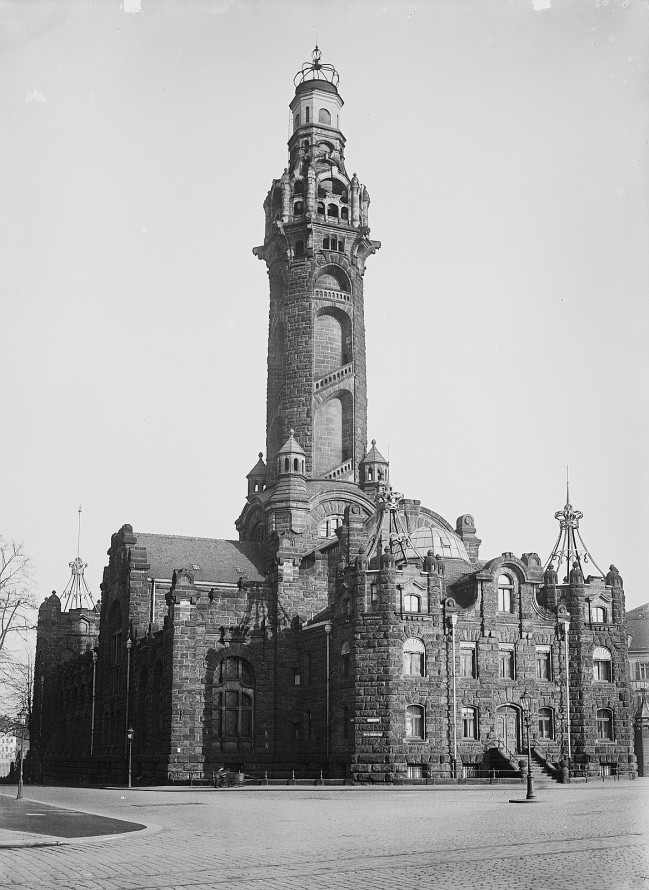 The district heating plant photographed from another side;

Care was taken that the facade was made of Elbe sandstone to pick up the harmony of the cityscape, it is said. The construction time of the entire complex was just under 1.5-1.75 years, which today must first be imitated. The final completion was in 1901. (Architects: Lossow and Viehweger)

From above like a temple: The district heating plant in Dresden; Image Source, © SLUB / Deutsche Fotothek / Hahn, Walter 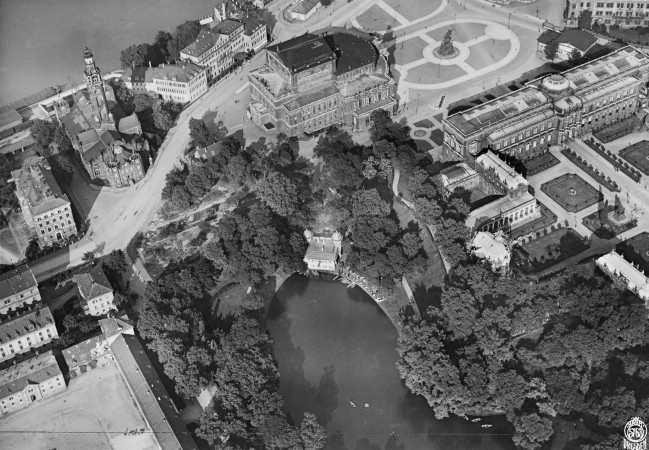 Strangely enough, the tower was already demolished in 1935. Reason: It was no longer needed because the plant was then only used as a conversion station. Apparently, no one thought of preserving this industrial gem that fit into the city's overall image. Why did they go to so much trouble to dismantle the monument?

The other buildings were blown up in 1978, leaving only the historic district heating duct to the castle.
Once again, a story in which a tower was removed for inexplicable reasons long before the building was demolished. Looking at the details of this structure, it is hard to believe that the pointed devices on the chimney and the building roofs should have served exclusively decorative purposes. 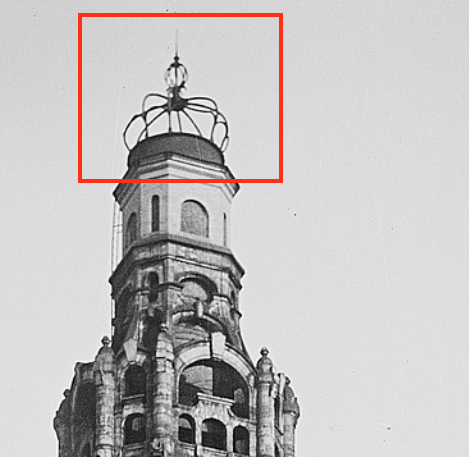 What technologies were used in this architecturally remarkable monument? Have we really been told everything here?

Finally, here is another view from a different perspective; the image is from 1902: 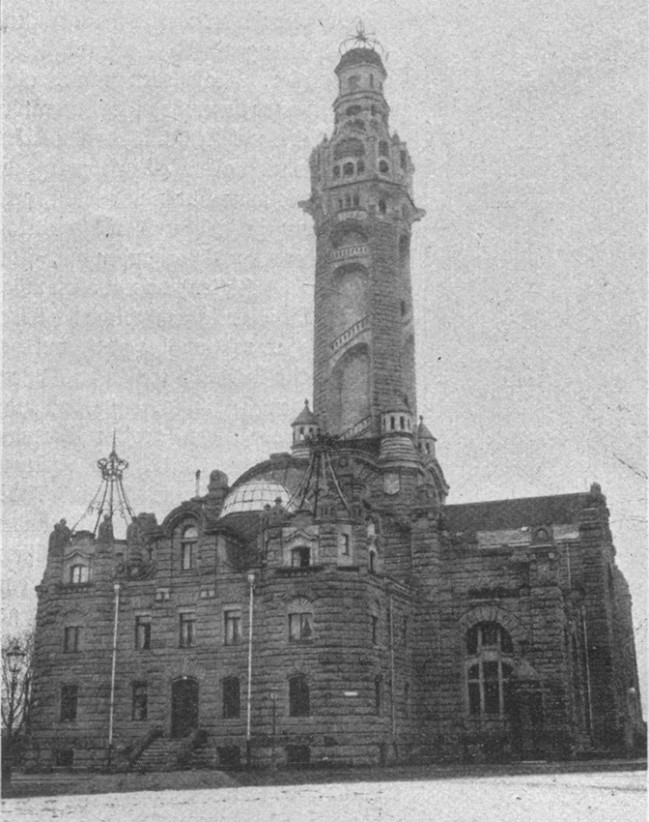